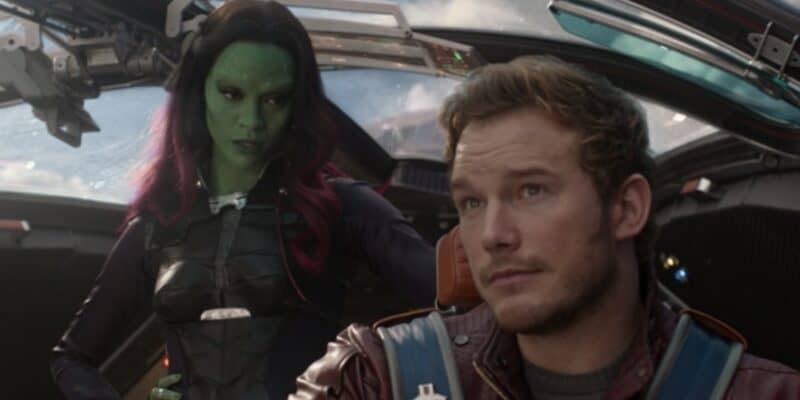 Marvel’s What If…? has finally reached its conclusion. Debuting two months ago on August 11, the new animated series from Marvel Studios has captured the world with its alternate versions of characters and events within the Marvel Cinematic Universe.

After weeks of waiting, Marvel fans have finally met What If…?‘s Gamora, except this time it’s not Zoe Saldana playing the heroic Guardian of the Galaxy, it’s someone making their MCU debut.

When What If…? debuted it didn’t seem to come with the fanfare of its predecessors. WandaVision, The Falcon and the Winter Soldier, and Loki brought the live-action MCU to the small-screen for the first time. Along with bringing back characters like Wanda Maximoff (Elizabeth Olsen), Vision (Paul Bettany), Bucky Barnes AKA Winter Soldier (Sebastian Stan), Sam Wilson AKA Falcon (Anthony Mackie), and Loki (Tom Hiddleston), the new series also substantially set up forthcoming events in Kevin Feige’s Marvel Universe.

Perhaps the biggest event, arguably so, was the shocking Multiversal climax in Loki when the titular character and Sylvie (Sophia Di Martino) confronted “He Who Remains” (Jonathan Majors) and caused a cataclysmic effect in the Multiverse. Due to What If…?‘s release date, the animated series has served almost as a Loki “spinoff” with each new episode tackling another alternate universe in an effort to further explore the expanding MCU.

What If…? director, Bryan Andrews, has commented that scheduling issues may have been an issue in the full MCU cast not returning for the series, while executive producer, Brad Winderbaum, alluded to Marvel’s deal with Sony Pictures as the reason Holland may not have voiced Spidey in the TV show. Another character that fans knew would be replaced with a new actress was Gamora, and it wasn’t until recently that viewers knew who had replaced Zoe Saldana for What If…?

Who plays Gamora in What If…?

Starring in the finale episode of the Marvel Comics adaptation, Marvel Studios gave a first proper look at the Guardian of the Galaxy in her Thanos garb.

Gamora arrives! See her in the season finale of Marvel Studios’ #WhatIf, streaming Wednesday on @DisneyPlus

The character that Saldana originated for the live-action MCU has been quietly featured throughout Marvel’s trailers for the animated series, including the newest mid-season trailer that hinted at a possible Avengers-style event. Seemingly teaming up with characters like Peggy Carter AKA Captain Carter (Hayley Atwell), Black Widow, Killmonger (Michael B. Jordan), Doctor Strange Supreme (Benedict Cumberbatch), and T’Challa/Star-Lord (Chadwick Boseman), Gamora’s involvement in What If…? could tease a “Guardians of the Multiverse” storyline for the comic book adaptation.

Thanks to the finale episode airing, we now know who is taking on the character. Titled “What If… the Watcher Broke His Oath?”, Gamora makes her What If…? debut played by Cynthia McWilliams.

McWilliams is perhaps best known for Nashville, Prison Break, and The Real Husbands of Hollywood shared her delight at bringing the character to the animated alternate reality on Instagram. Posting the official poster of Gamora, the actress said:

What if I was the voice of #Gamora on @whatif? Well, I AM!!!! I’m so excited to be voicing for @marvelstudios@disneyplus and with this AMAZING CAST OF voiceover performers and many of the original actors from the Marvel franchise!!! check me out on the season finale – I’m also just geeked out over this show; if you haven’t been watching, catch up!

Gamora’s return is a big moment for the MCU. Fans last saw the character in the Marvel movie, Avengers: Endgame (2019), after the character returned from a different timeline with Thanos (Josh Brolin) and Nebula (Karen Gillan) to take on the Avengers and to retrieve the Infinity Stones. The ending of the record-breaking movie left fans wondering if they would see Saldana’s Gamora again after Peter Quill (Chris Pratt) searched for her on his ship’s computer before arguing with Thor (Chris Hemsworth) over becoming the “Asgardians of the Galaxy”.

Have you been watching What If…? on Disney+? Let us know in the comments!