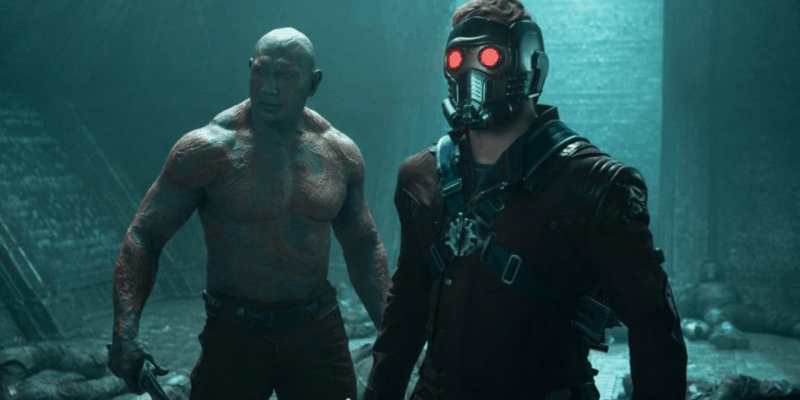 James Gunn has been the creative force behind Marvel’s Guardians of the Galaxy franchise since way back in Marvel’s Phase 2 with the release of the first Guardians film in 2014. Introducing the obscure Marvel Comics team to the Marvel Cinematic Universe was considered something of a risk at the time, but was viewed by Kevin Feige and Marvel Studios as a necessary expansion into the cosmos. The risk paid off for Gunn and Marvel Studios as Star-Lord (Chris Pratt), Gamora (Zoe Saldana), Drax (Dave Bautista), Rocket Raccoon (Bradley Cooper) and Groot (Vin Diesel) have become fan-favorite Marvel characters.

During a Q&A session on Twitter, Gunn divulged that he’s bringing one of the best-ever characters to the MCU — in his opinion. Gunn, who is famously a huge fan and admirer of Star Wars, was asked by a fan if he would introduce any new characters in The Guardians of the Galaxy Holiday Special on Dinsey+ — in the same way that the Star Wars infamously cringe holiday special introduced Boba Fett. Gunn confirmed that he would be bringing an awesome new character to the MCU. Responding with his trademark offbeat humor, Gunn said,

“In my incredibly subjective & admittedly often odd opinion, we’ll be introducing one of the greatest MCU characters of all time #GotGHolidaySpecial”

In my incredibly subjective & admittedly often odd opinion, we'll be introducing one of the greatest MCU characters of all time. #GotGHolidaySpecial https://t.co/CipO64ZpoC pic.twitter.com/qnVkVr7w10

Following the release of Guardians of the Galaxy Vol. 2 (2017) Gunn was briefly taken off the Guardians franchise by Disney following the uncovering of some of the director’s problematic Tweets. After a successful teaming with Warner Bros. and their DC film universe — with the critically acclaimed The Suicide Squad (2021) and the soon-to-be-released HBO Max spinoff series, The Peacemaker starring John Cena — James Gunn is back to work with Marvel. The busy director plans to concurrently shoot The Guardians of the Galaxy Holiday Special (December 2022), Guardians of the Galaxy Vol. 3 (May 2023), and ride scenes for the EPCOT attraction, Cosmic Rewind, opening in 2022.

The Guardians of the Galaxy Holiday Special is more than just a fun one-off. It’s meant to act as an important story that catches audiences up on the team of misfits and what they’ve been up to since Vol. 2, and battling Thanos in Infinity War, and Endgame. So the introduction of a new character could have huge ramifications on the highly anticipated Guardians Vol. 3. Fans have come to expect that Gunn will get cosmic Marvel Comics characters like Adam Warlock or Nova involved in the MCU sooner or later, but could the director be hinting at a lesser-known character?

Collider has floated the theory that Marvel’s Guardians of the Galaxy could introduce the ultimate holiday character — Santa Claus. After all, Santa is an Omega-Level Mutant in the Marvel Comics universe. With X-Men characters and mutants likely to join the Marvel Cinematic Universe at some point in Phase 4, perhaps Gunn could exploit this obscure Marvel trivia for his Holiday Special.

Related: Is Marvel Secretly Teasing Death of Drax in ‘Guardians of the Galaxy Vol. 3’?

Gunn has teased that these projects may wind up being his last time working with the Guardians franchise. Actor Dave Bautista has publicly stated on many occasions that he is done with his shirtless, Thanos -hating Drax character following the wrap of Vol. 3. What that means for characters like Chris Pratt’s Star-Lord or the beloved trash panda Rocket Raccoon and his adorable talking-tree friend Groot remains to be seen.

What Marvel Comics character would you like to see introduced in The Guardians of the Galaxy Holiday Special? Let us know in the comments!