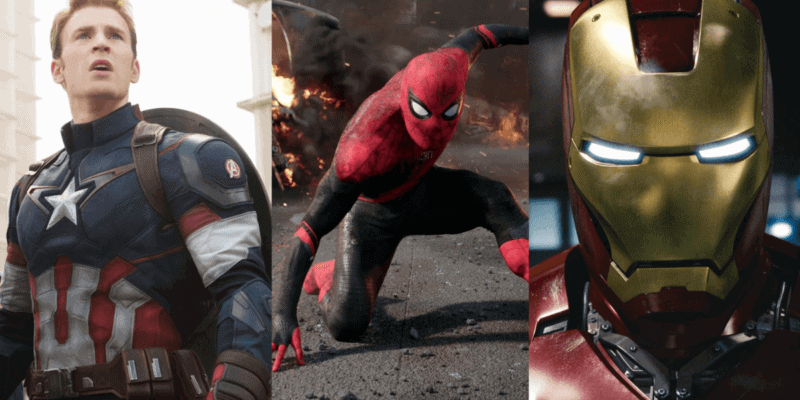 Your friendly neighborhood Spider-Man has been named the world’s most popular superhero according to a new study that reveals his popularity extends far from home. An analysis by GAME has measured Google search volume to map out the most searched for superheroes, supervillains, and superhero universes. Where does your favorite crime-fighter or comic book multiverse rank? In honor of National Superhero Day, let’s break down the world’s favorite crime-fighters.

Peter Parker’s web slinging alter ego Spider-Man claimed the top spot in 57 countries, including the United States, for a remarkable 48.7% of the share of search volume. To put it in perspective, the next two most Googled superhero names combined didn’t approach that amount. DC stalwarts, Wonder Woman and Batman, came in second and third place, respectively, with 15 countries, and 11 countries respectively. Marvel’s Iron Man and DC’s Superman rounded out the top five.

The study also looked at the most popular superhero universes by state in the United States, pitting Marvel against its longtime rival, DC. Marvel Comics and DC Comics have been battling for supremacy in the comic book world for decades, and more recently on our movie and device screens. According to GAME, Marvel superheroes are the world’s favorite, with over 300,000 monthly searches in the United States alone. The world’s biggest DC fans are in South Korea, with monthly search averages for DC tallying about 200,000.

Marvel Studios has set the gold standard for movie franchises with the Avenger -led MCU, or Marvel Cinematic Universe, the most successful franchise in history. Marvel has continued to explore other Avengers characters with their popular and critically acclaimed Disney+ series The Falcon and The Winter Soldier, WandaVision, and the upcoming Loki.

DC, after initially struggling to get their DCEU Warner Bros. movies to take hold with super hero fans, have gained a foothold with the success of Wonder Woman (2017), Aquaman (2018), and the internet-breaking success of the HBO Max release, Zach Snyder’s Justice League (2021).

GAME also analyzed the most popular superhero franchise by state in the United States. Again, Marvel has come out on top, 28 states to 22 states. Which side does your state fall on?

Lastly, the study took a look at the most popular super-villains by country, and two of the top three were Marvel characters. Thanos, the big bad of Avengers: Infinity War (2018) and Avengers: Endgame (2019), claimed the top spot, and Spider-Man foe Venom claimed the third. DC’s Joker from Batman’s rogues gallery held the number two position.

The next time we’ll see the world’s most popular hero in the Marvel Cinematic Universe is in the hotly anticipated next entry in the Marvel/Sony Spider-Man franchise No Way Home, due out December 17, 2021. Tom Holland will reprise his role as Spider-Man/Peter Parker, a character he’s been playing in the MCU since Captain America: Civil War (2016) was released.

Who’s your favorite superhero? Let us know in the comments how you’re celebrating National Superhero Day!