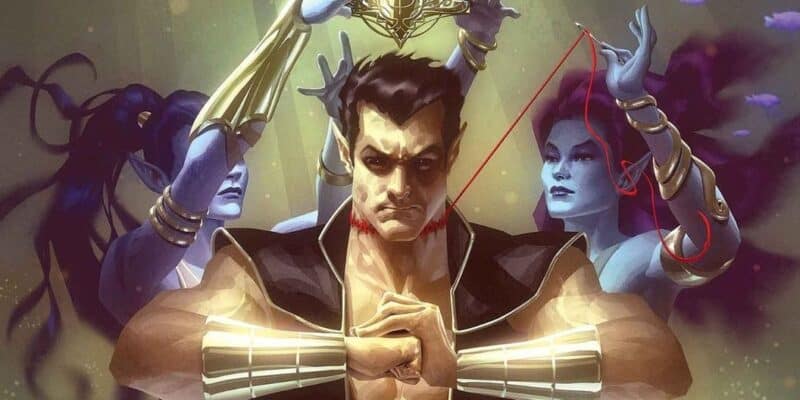 Super heroes and villains in the MCU have only recently been dabbling in the grey area as the MCU has been more open to adding antiheroes especially with Moon Knight which will debut on March 30. Moon Knight is a great example of a hero who doesn’t have the same heroic drive as other iconic Avengers like Chris Evan’s Steve Rogers/Captain America who always did what was right. In Captain America: Civil War (2016) we did see the ideologies of both Captain America and RDJ’s Tony Stark/Iron Man collide against each other putting hero against hero, but characters like Moon Knight have a personal agenda and if it doesn’t match with the Avenger’s agenda, conflict ensues.

Related: Moon Knight Star Barely Made It Into the MCU

One of the oldest antiheroes in the Marvel Comics universe is Namor, and his reported inclusion into the Black Panther sequel, Black Panther: Wakanda Forever leaves fans speculating whether or not the Sub-Mariner will work with the Avengers or against them.

Production for the film has been halted several times with the latest reason related to Covid.

Being an Atlantean has led Namor in the comics to hate humans or as he calls them “surface-dwellers” which would make it hard for him to be an Avenger. In the earlier years of comics, sources point out that Namor was only seen as an antagonist for the Avengers in the beginning. When he eventually did join them, it caused him to lose his title as Prince of Atlantis leaving his people to hate him so there are complex reasons why Namor wouldn’t want to be in the Avengers.

With the X-Men joining the MCU soon, it will be interesting if Namor favors them instead as he is a Mutant and when the X-Men and Avengers have fought, Namor tends to align with the X-Men over the Avengers. Another thing to point out is that Doctor Strange in the Multiverse of Madness which releases in theaters on May 6 will be including Defender Strange who will most likely set up the Defenders and Namor was one of the main members. The Defenders was a team of superheroes set on accomplishing a certain agenda. It would be easier to include the Atlantean Prince in the Defenders than having him run around with the Avengers due to the structure of the Defenders meant to handle more obscure conflicts.

Related: No Way Home Might Have Already Revealed X-Men Debut

It is hard to speculate on how far Marvel will want to look at Atlantis with casual fans possibly getting DC’s Aquaman mixed up with Namor as Aquaman has its sequel, Aquaman and the Lost Kingdom set to release in December 2022, a month after Black Panther 2. With Aquaman already exploring a lot of Atlantis, it would be hard for Marvel to follow suit without creating confusion or backlash if Atlantis is too similar to Aquaman’s Atlantis leaving fans dissatisfied. It makes the most sense to have Namor keep Atlantis as a big part of his life for his rumored debut due to Wakanda possibly going to war with Atlantis, but it will be interesting seeing if Marvel will have Atlanteans invade Wakanda to avoid showing much of Atlantis so soon due to Aquaman and the Lost Kingdom.

The official synopsis for Aquaman and the Lost Kingdom is:

Aquaman forges an uneasy alliance with an unlikely ally to save Atlantis and the rest of the planet.

Do you think Namor will join the Avengers? Let us know in the comments below!