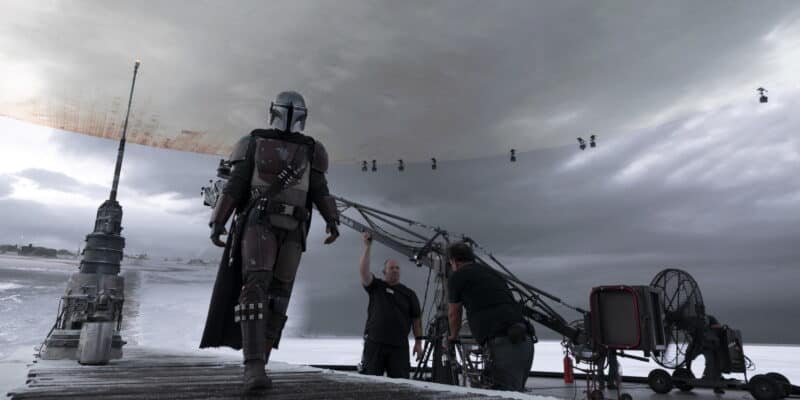 Ever since the Disney+ streaming platform debuted on November 12, 2019, Marvel Studios and Star Wars fans haven’t been able to get enough of the service.

Since then, an entire catalog of Star Wars and MCU movies, including the nine-film Skywalker Saga and the entire Avengers Infinity Saga, have been added to Disney+.

Now, as of this week, Marvel Studios and Star Wars are set to make Disney+ history.

As Fandango’s Erik Davis noted on Twitter, Wednesday’s Disney+ content drop will include a new episode of The Book of Boba Fett and Marvel’s Eternals, which had its theatrical run starting November 5, 2021.

This is the first time live-action Star Wars and Marvel Studios content has released simultaneously on the streaming giant. Typically, releases are staggered so that only one of the two popular franchises has new content coming out at any given time.

As one of Davis’s followers pointed out, however, there is a slight caveat to this history-making moment:

Possibly [the first time the MCU and Star Wars have released content on the same day], but it comes with an asterisk either way since Eternals is not *new* like upcoming episodes of Boba are. One is premiering on the platform after being out for a while, the other is debuting new episodes each week.

Possibly, but it comes with an asterisk either way since Eternals is not *new* like upcoming episodes of Boba are. One is premiering on the platform after being out for a while, the other is debuting new episodes each week.🤷🏿‍♂️

Nonetheless, this is an exciting moment for fans of either franchise — and it could signal that The Walt Disney Company will be more willing to simultaneously released MCU and Star Wars content in the future, though it has not been confirmed that any Disney+ Original shows will air concurrently.

Both Star Wars fans and Marvel fans have a lot to look forward to as 2022 continues. Lucasfilm is set to release several more series, including Deborah Chow’s Obi-Wan Kenobi special event series, Season 1 of Andor starring Diego Luna, and Season 2 of The Bad Batch.

Marvel also has a number of streaming projects in the works, including Moon Knight — starring Star Wars sequel trilogy alum Oscar Isaac in the leading role — and She-Hulk.

Official release dates for the aforementioned series have not been confirmed.

What do you think? Should Disney continuing releasing Star Wars and Marvel content on the same day?