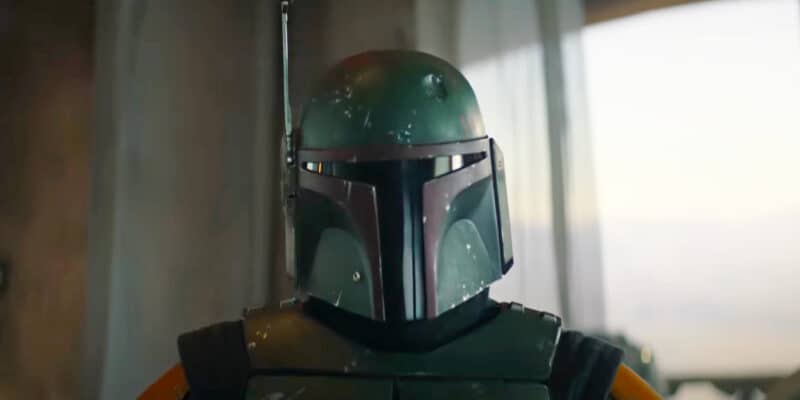 For over a year after The Mandalorian Season 2 concluded with the epic return of Jedi Knight Luke Skywalker (CGI Mark Hamill) as Grogu’s new Jedi Master, Star Wars fans have waited (impatiently) for a new live-action series.

Now, the first Mandalorian spinoff, The Book of Boba Fett, has premiered with Season 1, Episode 1 (“Chapter 1: Stranger In a Strange Land”) and some fans are not as thrilled as they could be about the series, which stars Temuera Morrison (Boba Fett) and Ming-Na Wen (Fennec Shand).

One of the biggest complaints online was the fact that the debut episode of the much-hyped series was only 39 minutes long. Other Star Wars fans claimed “nothing happened” in the first installment, despite showrunner Robert Rodriguez’s assertions that the show would “blow your mind” from the very first moment.

That said, many longtime fans enjoyed the December 29 premiere, which cleared up a number of original trilogy questions — including how Jango Fett’s “son” became the first person to ever escape the Sarlacc in the Great Pit of Carkoon.

Now, though, numbers are in on Rotten Tomatoes and The Book of Boba Fett currently ranks lower overall than any other Star Wars or Marvel Studios Disney+ Original series, despite the fact that Marvel’s The Falcon and the Winter Soldier finale was the first “Rotten” episode of any show from the two studios combined.

Forbes rounded up all of the pertinent details in a recent article:

The Book of Boba Fett is so far reviewing less well than all other Star Wars and Marvel Disney Plus series. Here’s how it looks on Rotten Tomatoes:

It is important to remember that this rating — which is still relatively high — comes after just one episode of the series has aired, so it isn’t indicative of how popular the show will be once it concludes its seven-episode run.

Related: UPS Has Redesigned Its Trucks to Look Like ‘Star Wars’ Vehicles

As the new series — which creator Jon Favreau has billed as “The Mandalorian Season 2.5″ — moves forward, viewers are expecting cameos from a number of popular Star Wars characters, including pop culture sensation Grogu, Emilia Clarke’s Qi’ra and Crimson Dawn, Pascal’s Djarin,  Timothy Olyphant’s Marshal Cobb Vanth, and, of course, a young Han Solo — CGI, obviously — but, Rodriguez, Favreau, and their team unsurprisingly have yet to confirm any details regarding special appearances by Star Wars fan-favorites.

What are your thoughts on The Book of Boba Fett so far?