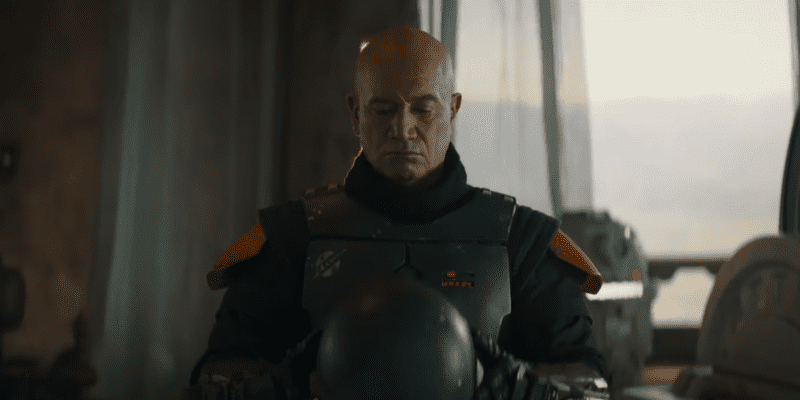 After months of speculation about exactly how long The Book of Boba Fett will be, Star Wars has finally confirmed that the upcoming Disney+ Original series will have seven episodes.

Witness the rise of Boba Fett [Temuera Morrison] and Fennec Shand [Ming-Na Wen] in one month. The Book of @BobaFett , a seven-episode Original Series, begins December 29 on @DisneyPlus. #TheBookOfBobaFett

Witness the rise of Boba Fett and Fennec Shand in one month. The Book of @BobaFett, a seven-episode Original Series, begins December 29 on @DisneyPlus. #TheBookOfBobaFett pic.twitter.com/IuuslMma7q

While this is nearly twice the length The Book of Boba Fett was originally rumored to be — it was reportedly pitched as a four-episode miniseries — it is still shorter than The Mandalorian Season 1 and Season 2, both of which saw eight episodes of Grogu (AKA “Baby Yoda”) and Din Djarin’s (Pedro Pascal) adventures across the Star Wars galaxy.

While even eight-episode seasons can feel short, this is still a full two months of content.

Although Mandalorian creator Jon Favreau, Lucasfilm Executive Creative Director Dave Filoni, and The Book of Boba Fett showrunner Robert Rodriguez have been characteristically tight-lipped about the particulars of the “next chapter” of the “Mando-verse”, Favreau did recently break his silence, sharing:

“There is a power vacuum. Because Jabba is gone [the Hutt crime boss was killed by Princess Leia (Carrie Fisher) approximately five years earlier in Star Wars: Episode VI – Return of the Jedi (1983)]. Jabba was clearly a very strong and imposing leader, who people were very scared of, and who seemed to rule with an iron fist. You pull somebody like that out of the ecosystem of Tatooine — and Hutt Space in general — and you have the opportunity that’s ripe in the gangster genre.”

Favreau went on to share additional details about the fact that Morrison’s Fett, for the first time in his storied bounty hunting career, will be relying on others as he attempts to build a crime syndicate of his own following he and Shand’s takeover of Jabba’s palace — after unceremoniously killing Bib Fortuna (Michael Carter) — in The Mandalorian Season 2 finale episode post credits scene.

When he reemerges in The Book of Boba Fett, fans are expecting cameos from a number of popular Star Wars characters, such as Emilia Clarke’s Qi’ra and Crimson Dawn from Solo: A Star Wars Story (2018), Pascal’s Djarin, Timothy Olyphant’s Marshal Cobb Vanth, and, of course, a young original trilogy-era Han Solo — CGI, of course — production executives have yet to confirm any details regarding special appearances by Star Wars fan-favorites.

Are you happy with the length of The Book of Boba Fett?