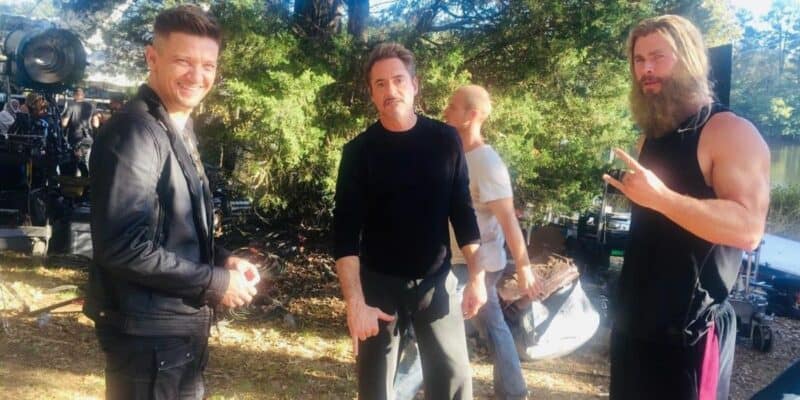 Although the MCU’s Avengers franchise cast members eventually became a true family over the course of nearly a decade, apparently there was some tension between certain super hero actors when the group filmed their first ensemble film, The Avengers (2012).

In a recent interview, 51-year-old Hawkeye star Renner recalled details of one of the group’s initial meetings, long before they knew what a cinematic force the Marvel Cinematic Universe would go on to become:

“We’re all kind of parading around in our costumes. So it looks like it’s Halloween. We’re excited and equally feeling ridiculous. I feel like we all kind of knew each other, somehow, some way. Except we didn’t know this Hemsworth guy, because he comes from Australia. He’s the tallest, he’s the most good-looking. Downey [was like], ‘We’ve got to break his knee. We’ve got to take him out. This guy’s too good-looking. He’s too tall. He’s too charming. F— this guy.’”

Renner went on to share that the actors eventually became a real “family,” noting:

“You can’t replace that or quantify it. Everyone’s a celebrity in their own right. But a Marvel celebrity, especially as the original six, has just been a different kind of journey. There’s been marriages and divorces and kids being born and a lot of shifts and changes in our personal lives, as well as our acting lives, that we all share together in a very specific way.”

Although Downey, Jr. has confirmed his Marvel exit — and his character tragically sacrificed himself to save the world from Thanos (Josh Brolin) in Avengers: Endgame (2019) — and Evans’s Captain America was officially replaced with Anthony Mackie in The Falcon and the Winter Soldier, Renner and other MCU stars are set to have continued roles in Kevin Feige’s Marvel universe.

What do you think about RDJ’s initial reaction to Chris Hemsworth?