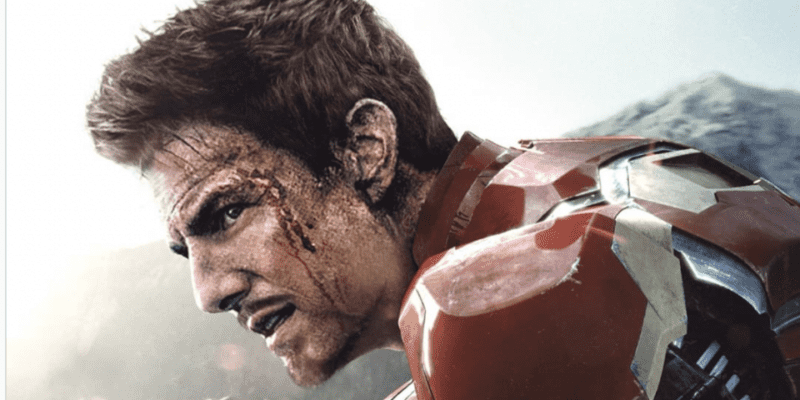 There are few characters in the Marvel Cinematic Universe with as large — and as passionate — of a fan base as Robert Downey, Jr.’s Tony Stark/Iron Man.

Over the course of more than a decade, Stark turned from a billionaire playboy into the husband of Pepper Potts (Gwyneth Paltrow), the trusted confidante of Happy Hogan (Jon Favreau), the mentor of Peter Parker/Spider-Man (Tom Holland), the sometimes-adversary of Steve Rogers/Captain America (Chris Evans), and the fearless leader of Stark Industries.

He also sacrificed himself to save the world from Thanos (Josh Brolin) to end Marvel’s Infinity Saga in Endgame.

Now, although Iron Man was already recast with a new voice actor in Marvel’s animated series What If…? in 2021, it seems that a live-action recasting, of sorts, may also be in the works.

Rumors abound that Hollywood legend Tom Cruise (Top Gun, The Last Samurai, Jerry Maguire, Mission: Impossible) could be the next to wear the arc reactor as the Marvel Multiverse continues to expand in Doctor Strange In the Multiverse of Madness (2022).

Although the Risky Business actor himself has not spoken out about the possibility of joining the MCU, after turning down the role of Iron Man before Downey, Jr. was cast, new fan art takes the recent rumors to new heights, giving some idea of what Cruise could look like in Iron Man’s iconic armor.

Rahal Arts captioned the artwork [above]:

Heard some rumors that Tom cruise may appear as a Tony Stark variant in doctor strange multiverse of madness.
–
It would be really cool to see other variants of famous mcu characters.
–
Plus Tom Cruise was actually considered for the role of Iron Man before RDJ. So that’s what’s up.

It is important to remember that even if Iron Man is recast — with Cruise or anyone else now that RDJ has officially moved on to more Sherlock Holmes and other projects — it will not be the same version of the character who has previously appeared in the MCU.

As a recent article about the potential Cruise casting noted:

As for variants of existing heroes, that is a list that could take a very long time to go through. Marvel Studios has gone to some length in the last year to make sure it is clear that there are numerous universes that mirror the MCU timeline, and each of those universes contains their own variants on the heroes and villains we all know.

What do you think? Would you like to see Tom Cruise in Kevin Feige’s MCU?