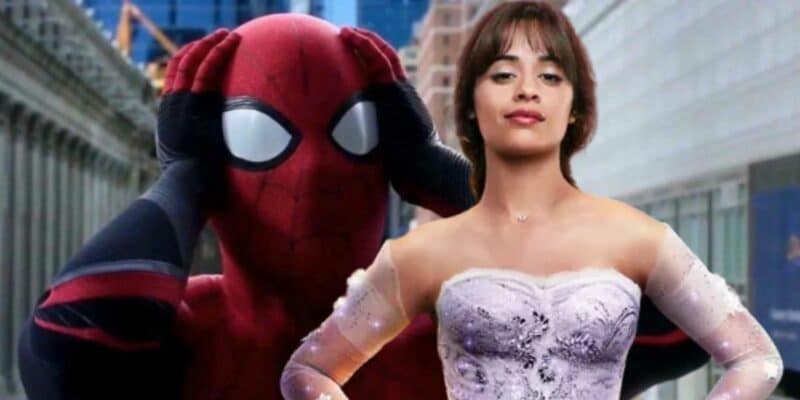 Jimmy Kimmel recently made news when he called out the Academy Awards for snubbing Marvel Studios’ blockbuster success Spider-Man: No Way Home (2021). The Oscars, which have come under scrutiny for being out of touch with actual movie fans, tried to course-correct by announcing its new Fan Favorite category. But a surprising film has taken the lead.

A few years ago, the Academy tried to create a Popular Movie Oscar Category but promptly canceled the Academy Award for Outstanding Achievement in Popular Film before ever awarding it to any film. The Academy said it would “examine and seek additional input regarding the new category.” Now, they have announced a new Fan Favorite “Award.”

Twitter users can now vote on their favorite films from 2021 using the hashtag #OscarsFanFavorite. The film that receives the most fan votes by March 3, 2022, will be recognized during the awards broadcast on March 27, 2022, but it will not receive an Oscar.

And even though the Oscars added this new category to bring in fans of superhero films like Spider-Man: No Way Home, it is not currently winning in the Twitter poll.

Amazon’s Cinderella left a bad taste in fans’ mouths when it began streaming on Amazon Prime. It received a critic score of 43% and an audience score of 60% on Rotten Tomatoes. Fans said the singing was awful. And the film was ridiculed for the transformation sequence when Cinderella’s dress did not fit Camila Cabello. Viewers called it an “unwatchable mess” and a “dumpster fire.”

But clearly, Camila Cabello, the Cuban-born American singer-songwriter, has her share of fans. Despite moviegoers making fun of her song “Million To One” in Cinderella, her song “Havana,” which featured Young Thug from her self-titled album, made it to the Billboard Hot 100 and was nominated for a Grammy.

No Way Home has so far made $1.8 billion, and it hasn’t even opened in China yet, passing Avatar for the third highest-grossing movie of all time, behind Avengers: Endgame (2019) and Star Wars: The Force Awakens (2015). The Marvel Phase Four movie also starred Benedict Cumberbatch as the former Sorcerer Supreme Doctor Stephen Strange, Zendaya as Michelle “MJ” Jones, Jacob Batalon as Ned Leed, and Marisa Tomei as Aunt May Parker.

No Way Home is currently certified fresh on Rotten Tomatoes with a 93% critic score and 98% Audience score. It seems baffling that the legion of Marvel fans who raced back to theaters during an ongoing pandemic are not stepping up to try to give the Spider-Man film the recognition it deserves.

DC fans have also taken over the Twitter poll. Zack Snyder has asked his Justice League remake fans to vote for his film Army of the Dead. Army of the Dead stars Marvel actor Dave Bautista (Drax from Guardians of the Galaxy) as Scott Ward. Army of the Dead received mixed reviews just like Cinderella with a critic score of 67% and an audience score of 70% on Rotten Tomatoes.

However, fans seem to be voting for Army of the Dead not on its own merit but as a loophole to get director Zack Snyder an Oscar. His cut of the DC film Zack Snyder’s Justice League is ineligible for the Oscars because the Snyder Cut is considered the same film as Joss Whedon’s universally panned film.

Joss Whedon has since come under fire for his behavior on the set of Justice League (2017). Specifically racist treatment of Ray Fisher (Victor Stone/Cyborg) and sexist comments to Gal Gadot (Dianne Prince/Wonder Woman). Ben Affleck, who played Bruce Wayne/Batman/Batfleck, called working with Whedon “’the Worst Experience.”

Let us know in the comments if you will be voting in the Twitter poll to right this travesty.