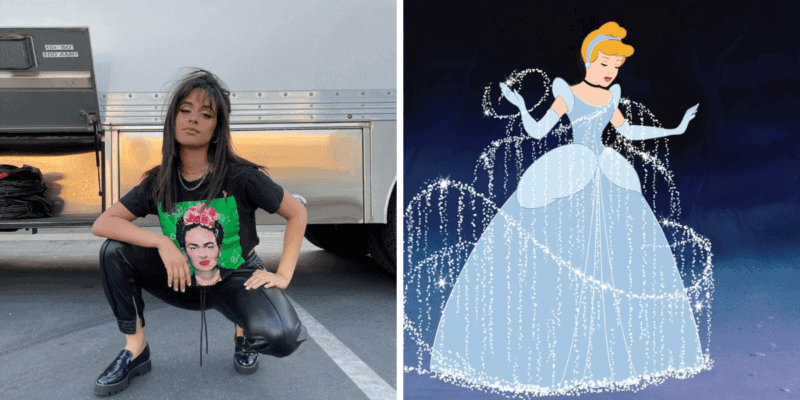 Sony (not Disney!) is coming out with an all-new Cinderella film, but it won’t be hitting theaters.

Sony announced today that instead of giving the film a theatrical release, it had sold Camila Cabello’s Cinderella reboot to Amazon and the film would head straight to Amazon Prime for its release.

Sony’s decision to sell the rights to the musical film comes from the fact that movie theaters have not had audiences return to their pre-pandemic levels. Variety magazine reports:

Sony originally intended to open “Cinderella” on the big screen this July, but the studio opted to license the film to Amazon Prime because movie theater attendance has not returned to pre-pandemic levels. Sony will retain rights in China.

As the box office attempts to rebound following COVID-19, Sony has siphoned off nearly all of its movies that don’t feature an otherworldly superhero.

The new take on a classic tale will feature Cabello as the titular princess. It will also star Idina Menzel (Frozen) as Cinderella’s wicked stepmother, Nicholas Galitzine (Chambers) as Prince Robert, and Minnie Driver (Good Will Hunting) as Queen Beatrice.

In an interesting twist, Billy Porter (Pose) will star as the newly-reimagined genderless Fairy Godparent to Cabello’s Cinderella. Porter sat down with CBS News to talk about the new role and voiced his excitement for taking this classic character and adapting it for a modern audience:

“It hit me when I was on the set last week, how profound it is that I am playing the Fairy Godmother — they call it the Fab G,” Porter told CBS News on Monday. “Magic has no gender.”

“We are presenting this character as genderless — at least that’s how I’m playing it. And it’s really powerful,” he said, adding this Cinderella is going to be “a classic fairytale for a new generation.”

This new Cinderella reboot was both written and directed by Kay Cannon, who is responsible for creating the Pitch Perfect franchise. It will also star Pierce Brosnan (The World is Not Enough) as the King and James Corden (Into the Woods) as one of the mice. The movie currently has no release date but is expected to come out sometime this year.

Are you excited about the new Cinderella film coming soon from Sony?