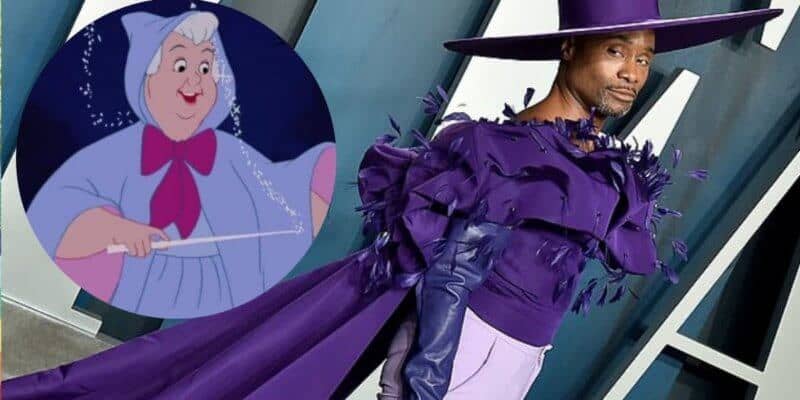 “Magic has no gender,” Billy Porter stated in an interview with CBS News.

“It hit me when I was on the set last week how profound it is that I am playing the Fairy Godmother — they call it the Fab G,” Porter said.

That’s right, folks! Billy Porter, the Emmy, Grammy, and Tony award-winning actor, will portray the iconic Fairy Godmother in the live-action 2021 Sony film Cinderella. Porter is taking on this role as he continues to make an effort to change and challenge the perspectives of gender norms. He also confirmed that he will play this character as “genderless.”

In fact, Porter stated that playing the role of the Fairy Godmother as genderless is “powerful.” It will be “a classic fairytale for a new generation.”

This Cinderella is a classic fairytale for a new generation. To be able to play this genderless, fabulous fairy godmother – what a gift. Thank you @CBSNews for sitting down with me and catching up about the role❤️ https://t.co/PgVwnhdthI pic.twitter.com/DZNBmRS3CK

Back in December 2019, the actor was interviewed by E! News about the upcoming live-action Cinderella, stating The only thing I can know is that I am calling it a Cinderella for the #MeToo era. That’s all I know.”

“We start filming in February, and I have only had preliminary conversations about it over the phone,” Porter said.

It didn’t take long before fans reacted to this news. There have been tweets supporting Porter’s decision to portray the Fairy Godmother as “genderless.”

I'm looking forward to this costumes gonna be crazy!!!

While others are pretty up in arms about this news and are upset to see this decision being made.

So glad I don’t have toddlers anymore to watch such nonsense. “Genderless” fairy godMOTHER ? https://t.co/UYZvyj7kMa

And then some are just confused about the wording of “Fairy Godmother.”

More On The 2021 Live-Action Cinderella Film

The actor, known for his work in Pose, the Broadway Musical Kinky Boots, and more, joins the cast alongside Camila Cabello as the title character, Cinderella. Also set to star in the 2021 film are Pierce Brosnan, Minnie Driver, Missy Elliott, Idina Menzel, Nicholas Galitzine, Maddie Baillio, Charlotte Spencer, John Mulaney, and Romesh Ranganathan. James Corden is set to produce the film along with Leo Pearlman.

It will be written and directed by Blockers‘ Kay Cannon and will tell the classic fairy tale story of Cinderella as an ambitious young woman who dreams bigger than the world (or her family) will allow.

Cinderella is set to open in theaters on February 5, 2021.

How do you feel about Porter portraying a “genderless” Fairy Godmother? Let us know in the comments.