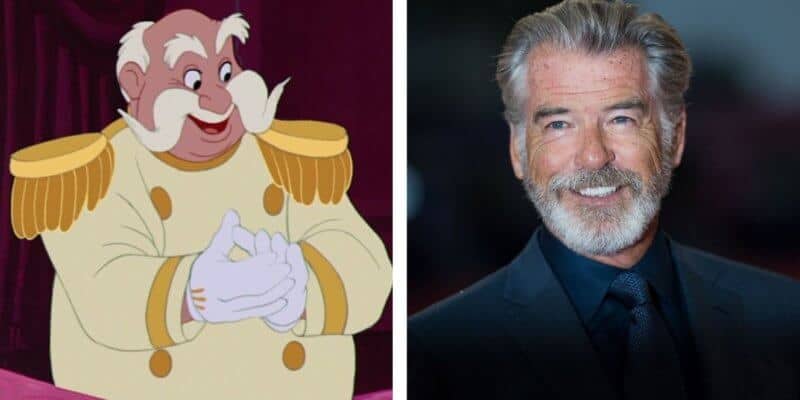 The new trend seems to be remaking classic Disney fairytales into big-picture films. The Walt Disney Company has remade a handful of older Disney stories into live-action or CGI films including The Jungle Book, The Lion King, Aladdin, Pete’s Dragon, and even Cinderella.

And now it seems as if Sony is getting in on the action by remaking the beloved Disney fairytale story of Cinderella into its own live-action film.

The Sony remake is set to reboot the classic fairytale story into a musical comedy and has already cast both new and familiar faces to take on some of the iconic roles, including Pierce Brosnan who was just cast to play The King.

Brosnan is known for playing the iconic role of James Bond from 1995 to 2002, as well as starring in The World’s End, Mrs. Doubtfire, and The Thomas Crown Affair. This also won’t be his first musical role as he also played Sam Carmichael in the Mamma Mia! films.

Brosnan joins Camila Cabello who will play the title character, Billy Porter (Pose) as the fairy godmother, Idina Menzel (Frozen) as the evil stepmother, and Nicholas Galitzine (Chambers, The Craft) as Prince Robert.

“The only thing I can know is that I am calling it a Cinderella for the #MeToo era,” Porter recently shared with E! News. “That’s all I really know.”

“We start filming in February and I have only had preliminary conversations about it over the phone,” Porter also said.

The upcoming Cinderella reboot is written and directed by Blockers‘ Kay Cannon and will tell the traditional Cinderella story of an ambitious young woman who dreams bigger than the world (or her family) will allow. James Corden, actor and late-night host who reportedly came up with the original idea, will executive produce.

Are you excited to see Pierce Brosnan join the cast of the upcoming Sony Cinderella remake? Let us know in the comments below.