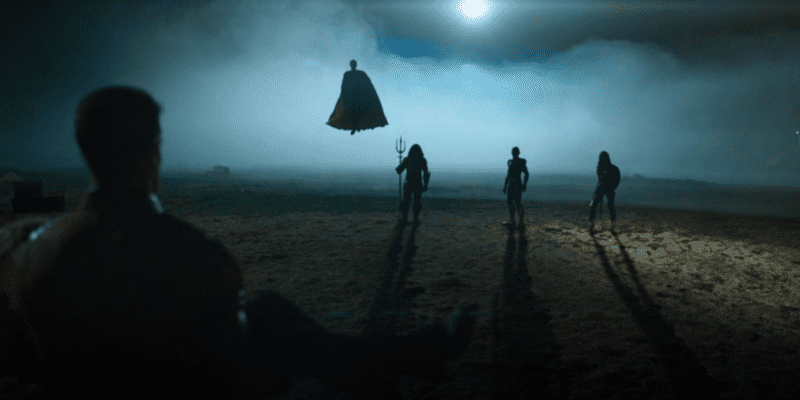 The superhero world is on fire after James Gunn’s Peacemaker finale showcased some friendly banter between the Justice League that fans are taking too seriously.

You can watch the cameo-filled scene from the Peacemaker episode below:

Both #RestoreTheSnyderVerse and #BoycottWB are trending after fans witnessed some exciting details concerning the Justice League and Ray Fisher’s apparent absence as Cyborg.

It’s not enough to fire Snyder, they also have to destroy his characters. Please @JamesGunn
go back to Marvel and take your humor for 6 years olds & your fanboys with you. DCEU is definitely ruined

It’s not enough to fire Snyder, they also have to destroy his characters. Please @JamesGunn go back to Marvel and take your humor for 6 years olds & your fanboys with you.

They did it again, they added a Superman cameo without an actor that they don’t have the money for.

Ahahahahahaha. They did it again, they added a Superman cameo without an actor that they don't have the money for. 😂😂😂 #BoycottWB #HenryCavillIsOurSuperman pic.twitter.com/wofEQZeU7K

They made a silhouette of Superman but couldn’t make one for Cyborg??

They made a silhouette of Superman but couldn’t make one for Cyborg??

The fall of DCEU without Snyder has been so steep..
Went from Epic to trash#BoycottWB pic.twitter.com/TLqEzUc52b

Guardians of the Galaxy (2013) director and Peacemaker showrunner James Gunn took a massive risk in including a portion of the Justice League in the finale of his streaming series, something that a majority of fans took harshly as they formed the silhouettes of Henry Cavill’s Superman and Gal Gadot’s Wonder Woman, but left Ray Fisher’s Cyborg entirely out of the picture.

This battle is half-and-half with fans, with a clear split down the middle of people who loved this cameo and those who hated it:

There’s no apparent reason why Ray Fisher would not have been included in this epic lineup, even if it were just the silhouette of his superhero.

Peacemaker marks the second time since Shazam! (2019) that Henry Cavill’s likeness was used in a DC movie without The Witcher actor actually being there to film.

What’s all the Drama?

After recovering from the injuries he suffered during the events of The Suicide Squad (2021), Christopher Smith / Peacemaker is forced to join the mysterious A.R.G.U.S. black ops squad “Project Butterfly”. They are on a mission to identify and eliminate parasitic butterfly-like creatures in human form in the United States and around the world.

Following the critical and streaming acclaim of Peacemaker, Warner Bros. has ordered a second season with director James Gunn returning to direct and write the entire second season!

Do you think this inclusion of the Justice League in Peacemaker was terrible? Let us know in the comments below!