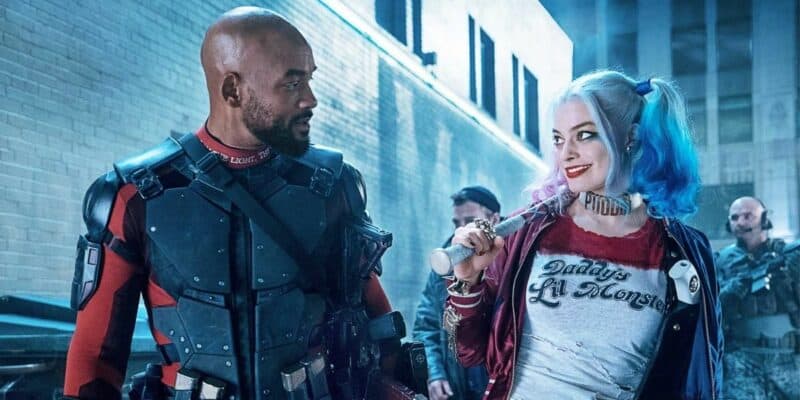 The comic book and superhero world is rapidly growing in 2022, but legendary actor Will Smith just dropped some significant revelations on DC’s forgotten Suicide Squad (2016) and the “Ayer Cut.”

Both star Harley Quinn (Margot Robbie), Joel Kinnaman (Colonel Rick Flag), and Amanda Waller (Viola Davis), but Will Smith’s character was left out from DC’s retcon. The Fresh Prince had something to say about the Ayer Cut at the Bel Air series premier:

“There’s a whole lot that stayed on the floor for #SuicideSquad. I’m into it. I’d love to see it. I love that world. I love what was created in both versions. I absolutely would love to.”

These controversies originated with DC’s reported “ruining” of director David Ayer’s vision for Suicide Squad in post-production. While fans generally received the superhero movie, most critics discredited the rag-tag team of anti-heroes and iconic characters — leading to Warner Brothers essentially “rebooting” the film with James Gunn’s The Suicide Squad.

The Suicide Squad “Ayer Cut” has been a popular movement on social media following the success of the 4-hour-long Snyder Cut released on HBO Max in 2021.

According to DC producer Charles Roven, the studios tested Ayer’s version of the Suicide Squad, but the audience’s reactions weren’t enough to get it off the ground:

“The interesting thing was, when we tested the Ayer version — to be honest, I can’t sit here and remember how we got to that edited version, who was editing that edited version — but it wasn’t Lee. It was somebody else that came in. The studio version was also different editors as well. We tested both versions. They tested exactly the same.”

“Because they tested exactly the same, David and the studio and ourselves, meaning Rich and I and the heads of DC at that time — Jon Berg and Geoff Johns — we all sat in a room and tried to come up with what would be the best of both versions. Obviously, the movie made a really nice piece of change. Audiences liked it enough for us to want to do a sequel. But it definitely wasn’t the exact vision of David, and it definitely wasn’t the exact vision of the studio.”

Acting as the Kevin Feige of the DCEU, Zack Snyder served as the executive producer for both Suicide Squads, as his Justice League was tied so closely to legendary characters like Harley Quinn and the Joker (Jared Leto).

Task Force X in Gunn’s version of the film all but met their demise on screen, but Ayer’s seems to have been killed off behind the scenes.

With Will Smith backing the Ayer Cut movement, it’s clear that the cast, crew, and fans alike are ready for a new start to DC, one that starts with David Ayer getting the chance to recut his film like Zack Snyder (as well as a Justice League Part II and Part III!).

More about The Suicide Squad

Here’s a synopsis of the film:

Supervillains Harley Quinn, Bloodsport, Peacemaker and a collection of nutty cons at Belle Reve prison join the super-secret, super-shady Task Force X as they are dropped off at the remote, enemy-infused island of Corto Maltese.

DC fans can watch John Cena take over the world in James Gunn’s Peacemaker on HBO Max every Thursday, as well as get insights into the future of these super people at a 2022 DC Fandome (which is yet to be announced).

Do you want an extended cut of Suicide Squad? Let us know in the comments below!