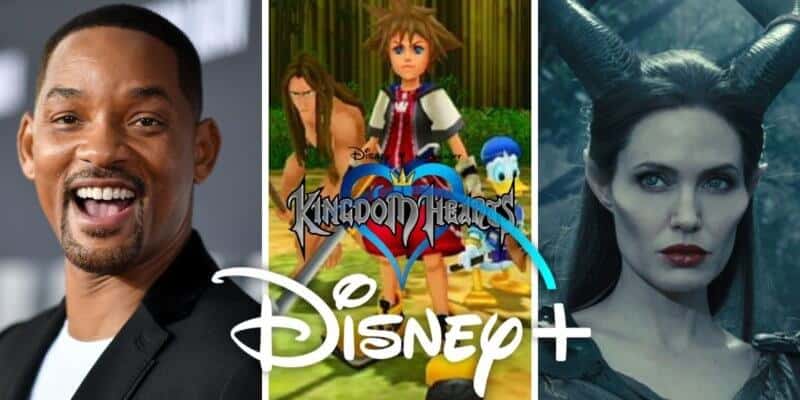 We recently reported that according to a new rumor, Disney+ is developing a Kingdom Hearts live action TV series that would feature everyone’s favorite trio — Sora, Donald, and Goofy — as they take on adventure and journey through some of our beloved Disney movies.

If you are not familiar with Kingdom Hearts, the official description reads:

The series centers on the main character, Sora, and his journey and experiences with various Disney, Square Enix and Pixar characters.

In the original Kingdom Hearts game, Sora, Donald, and Goofy traveled to various Disney worlds including Olympus Coliseum from Hercules, Neverland from Peter Pan, Wonderland from Alice in Wonderland and many others. In Kingdom Hearts II, places such as Beast’s Castle from Beauty and the Beast and Halloween Town from Nightmare Before Christmas appeared. And most recently, Kingdom Hearts III brought in some favorite Disney characters from both animated classics such as The Lion King and Pixar favorites including Toy Story and Monsters, Inc.

Do you want to see Angelina Jolie and Will Smith make cameo appearances in the live action Kingdom Hearts series? Let us know in the comments below.