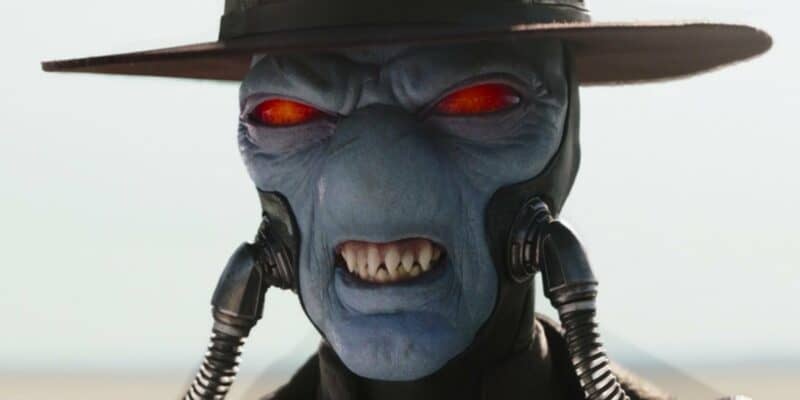 **SPOILERS FOR THE BOOK OF BOBA FETT SEASON 1, EPISODE 7 BELOW**

The finale of The Book of Boba Fett is finally here, ushering in a flurry of opinions and theories from Star Wars fans. But, many aren’t happy with the ending to this Star Wars story.

The Star Wars universe is a beautiful and ever-expanding story sprouting from the mind of George Lucas, and how The Walt Disney Company pulls off the future of the Skywalker saga and more is a touchy subject.

After a week of waiting, the one-hour episode of The Book of Boba Fett is here, but many are calling the season wrap-up “underwhelming” and missed the mark:

I can’t believe it ended like this. Ep 5 and 6 were so rewarding, and they reverted back to all the hesitations we had in 3 of the first 4. Ugh, I’m so let down.

I can't believe it ended like this. Ep 5 and 6 were so rewarding, and they reverted back to all the hesitations we had in 3 of the first 4. Ugh, I'm so let down.

I don’t think it’s a coincidence that every episode of Boba Fett directed by Robert Rodriguez landed with a big thud.

I don’t think it’s a coincidence that every episode of Boba Fett directed by Robert Rodriguez landed with a big thud.

That’s not all, another fan shared:

To the surprise of many, Cad Bane (Corey Burton/Dorian Kingi) met his demise at the hands of Boba Fett.

While it’s only suitable that Cad Bane dies from Boba Fett (Temuera Morrison), exactly how it was executed and the rush sense of the scene seems to aggravate nearly every Star Wars fan.

Cad Bane was arguably the highlight of the series for many, but just one episode after the character’s live-action debut and the deadly bounty hunter was stabbed by Boba Fett.

Did Cad Bane die? Considering that the scene did feel too quick to send off such a legendary Clone Wars character, it’s assumed by many fans that Bane shall return once again.

Many are stating that this finale was not a complete episode — perhaps a particular scene was cut out that would have tied up season one of this streaming series. Hopefully, there will be a revelation of the nuances and complexities.

Of course, these aren’t the views of every Star Wars fan, as many enjoyed the overall ending to this epic Star Wars franchise.

When Grogu Force jumps into the arms of his companion and guardian, the hearts of every Star Wars fan melt; on top of that, audiences see Grogu’s true power with the Force when he subdues the loose Rancor in Mos Espa!

These views do not necessarily represent Inside the Magic or the author of this article.

Star Wars, in particular, is subjective, just like any art form. Every fan or viewer of this series is entitled to their own opinion, but seeing them here does not necessarily align with the authors’ views.

How do you feel about The Book of Boba Fett? Let us know in the comments below!