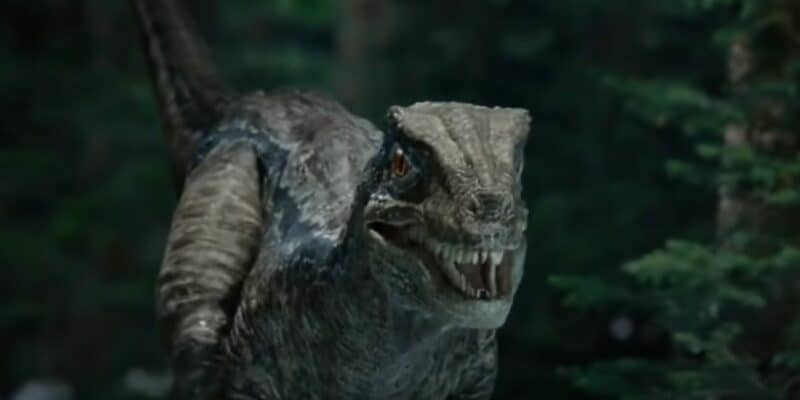 Jurassic World: Dominion (2022) will be the sixth entry in the Jurassic Park series, which started in 1993. In that time, we’ve seen Jurassic Park fail before it even opened, the fall of Jurassic World, and the release of dinosaurs onto mainland North America.

Now, mankind finds itself in a predicament of prehistoric proportions as it must learn to co-exist with animals that were wiped off the face of the earth 65 million years ago. But if we’ve learned anything from the previous five movies, that lesson will be very costly.

Jurassic World: Dominion will see the return of Chris Pratt (Owen Grady) and Bryce Dallas Howard (Claire Dearing), as well as a number of fan-favorite characters. Everything suggests that the film is going to be the most epic entry in the series so far, and here are all the signs…

After the underwhelming box office reception for Jurassic Park III (2001), the Jurassic Park series was put on ice. But in 2015, much like the InGen scientists in the movies, director Colin Trevorrow did the impossible and brought the extinct movie franchise back to life.

Jurassic World (2015) grossed $1.6 billion and eventually became the seventh highest-grossing film of all time. But more importantly, though, despite the film’s flaws, Trevorrow captures the spirit and the ambition of the original film, which only leaves us very excited for Jurassic World: Dominion.

9. Dinosaurs Are on the Mainland

It’s certainly no mystery that Jurassic World: Dominion will revolve around dinosaurs on mainland North America. Not only do we see this happen at the end of Jurassic World: Fallen Kingdom (2018), we’ve seen it in short films, teasers, and even video games in recent months.

Colin Trevorrow has talked a great deal about it too, but one of the best snapshots of the concept for the new movie is Battle at Big Rock (2019). Also directed by Trevorrow, the short film showcases the potential scope and magnitude of dinosaurs living on the mainland.

How dinosaurs have gone global is unknown, but in Jurassic World: Fallen Kingdom, we do see foreign buyers acquiring dinosaurs. We also know that Jurassic Park villain Lewis Dodgson (Campbell Scott) will be returning, who is the head of research at genetics company BioSyn.

7. It Will Involve “Globe-Hopping”

While on the subject of dinosaurs now living in various parts of the world, we can’t ignore the fact that Colin Trevorrow previously likened Jurassic World: Dominion to movies such as Bourne and James Bond, describing it as being a “globe-hopping adventure” not unlike a “spy thriller”.

In an interview with Collider last year, Trevorrow said, “It’s got a little bit of Bourne and Bond and a bit of a spy movie thrown into it too.” He also teased a “major location”, saying that any environment one can think of will be represented in the new movie.

5. It’s the Final Movie in the Jurassic World Trilogy

Whether or not there will be another movie beyond Jurassic World: Dominion remains to be seen, but based on the box office performance of each Jurassic World so far, it’s unlikely that the sixth installment will be the last. But either way, it is the last movie in the Jurassic World trilogy.

As such, it’s reasonable to expect that the filmmakers have something epic up their sleeves. And finales are typically epic anyway  — you only have to look at the likes of Avengers: Endgame (2019) and Harry Potter and the Deathly Hallows Part 2 (2011) to see this.

The first half takes place 65 million years ago, during the Cretaceous Period, and the special effects and scenery are breathtaking. While the choice of setting is to establish Rexy’s very long character arc, it might also tease that dinosaurs are set to rule the Earth once again.

In November last year, fans eager to see the upcoming Jurassic World: Dominion, which was delayed due to the pandemic, were treated with the release of “Jurassic World Evolution 2”. While a sequel to the 2018 park builder game, this time, the dinosaurs are on the mainland!

If the game’s sprawling wilderness settings are anything to go by, Jurassic World: Dominion is set to be truly epic. And this time, there are no fences or the natural boundaries of an island standing in the filmmakers’ way. Now all we need is an open-world Jurassic Park game!

2. The Olympics TV Spots Are Breathtaking

We’ve recently been treated to three Jurassic World: Dominion teasers, which come in the form of 2022 Winter Olympics TV spots! One shows a skier who encounters Blue the Raptor and Rexy the T-Rex, the second shows an ice skater with a herd of Parasaurolophus, and the third shows a snowboarder passing an Apatosaurus!

While not officially Jurassic World: Dominion trailers, these cross-promotional teasers still offer plenty for fans hungry to sink their teeth into something solid. Between the awesome score and the snowy setting (which will feature in the sequel), this is surprisingly epic stuff!

1. Colin Trevorrow Has Wanted to Make This Movie His “Whole Life”

While Jurassic World is a nostalgia-fueled love letter to the original Jurassic Park, you might be surprised to learn that director Colin Trevorrow — who is admittedly a huge Jurassic fan — has always had his sight sets on another movie. And that movie is Jurassic World: Dominion.

In a 2019 interview, Trevorrow said that Jurassic World: Dominion (then untitled) is the movie he has wanted to make his “entire life”, and always knew that it would “take two movies to get there”. This might be the most promising snippet of information we have on the upcoming sequel!

Do you think Jurassic World: Dominion will be the most epic Jurassic Park entry yet?

Comments Off on 10 Signs ‘Jurassic World: Dominion’ Will Be the Most Epic Movie in the Series