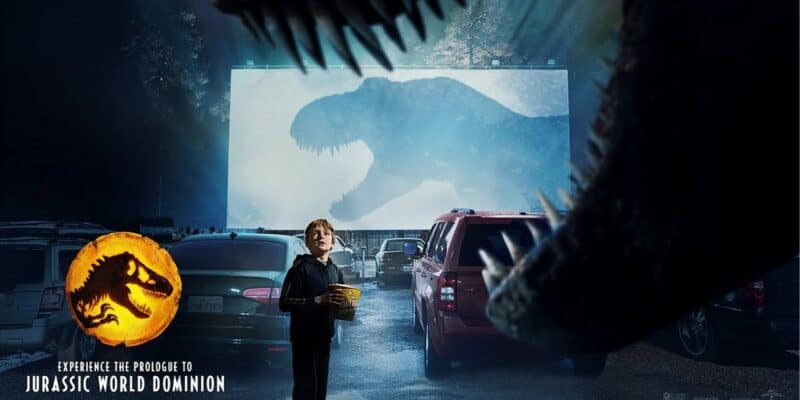 OH. MY. GOODNESS! This is going to be so good! With six films in the Jurassic franchise, we can’t help but eagerly await film number seven, Universal’s Jurassic World: Dominion. Our fondness for the franchise was almost instant with the release of the original 1993 film, Jurassic Park. 28 years later we are preparing to hit the big screen to watch the saga continue to unfold. Want a bit of a teaser? Check out the epic 5-minute prologue released for Jurassic World Dominion.

The extended preview for Jurassic World: Dominion starts off 65 million years into the past. Watch as the dinosaurs feel alive on your screen. Now, fast-forward to the present, and surprise, surprise, the dinosaurs have come calling!

The 2022 upcoming film will pick up after the events of the 2018 Jurassic World: Fallen Kingdom, which saw the destruction of the dinosaur’s home, Isla Nublar, with a number of the animals escaping into the world at the film’s end. According to the Hollywood Reporter:

“Dominion” stars Chris Pratt, Bryce Dallas Howard and returning “Jurassic Park” stars Sam Neill, Laura Dern and Jeff Goldblum. It was initially slated for June 11, 2021, but was pushed to June 2022 due to the coronavirus pandemic. Director Colin Trevorrow has spent months at his home in England overseeing post-production on the project. He penned the script with Emily Carmichael, from a story he developed with frequent collaborator Derek Connolly.

Jurassic World takes to YouTube to share, “This original 5 min prologue to Jurassic World Dominion, directed by Colin Trevorrow, rockets audiences back 65 million years into the past to experience the world before humans existed—and offers a glimpse of a world in which dinosaurs are living among us. The story will continue in theaters this Summer.” Check out the impressive prologue below:

Does anyone else already have this Jurassic film debut blocked out on the calendar?

Comments Off on Epic Prologue Released for ‘Jurassic World Dominion’