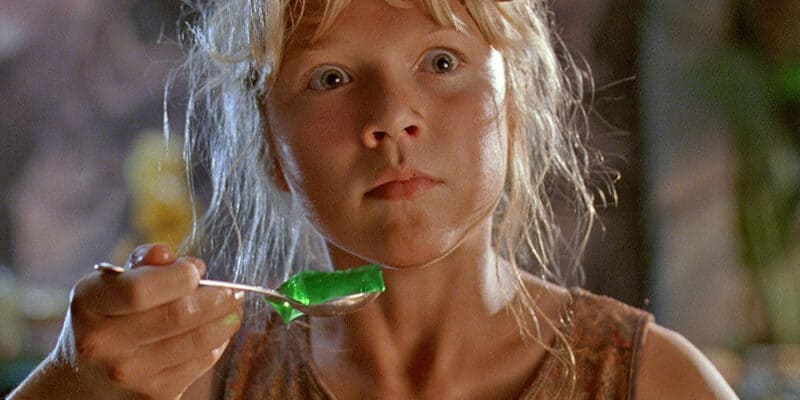 Jurassic Park is one of the most iconic movies in history and is adored by fans around the world. We’ve had plenty in the way of sequels over the years too, and there’s even a new one on the horizon in the form of Jurassic World: Dominion. But the 1993 film is yet to be bested – although it’s not something we ever expect to happen anyway!

But while Jurassic Park is a flawless masterpiece, that doesn’t mean it doesn’t have its fair share of mistakes from start to finish. No matter the size of the film, whether it’s a small independent picture or a major blockbuster, every film is plagued with errors, whether they’re factual, continual, visual, audio, or crew member-related.

Here are seven major bloopers that fans never noticed in Jurassic Park (in chronological order – in case you have the movie on standby!)

Many would argue that what we’re about to discuss isn’t even a blooper at all, and is something that could be explained by the person responsible. Just as the jungle explorer that’s carrying Alan Grant (Sam Neill), Ellie Sattler (Laura Dern), and Jeff Goldblum passes the triceratops enclosure, Alan decides to jump out of the moving vehicle to see the dinosaur up, close and personal.

Confused by Alan’s sudden departure, Ellie jumps out to follow him, leaving Malcolm alone to talk to himself. But if you listen closely after Ellie shouts “Alan!” for the first time, she can be heard repeating the name, only this time as a slight yodel, really stretching out that last vowel for reasons unknown!

Jurassic Park was doomed from the beginning, with problems ranging from unauthorized breeding to sick dinosaurs, but we still owe a debt of gratitude to disgruntled employee Dennis Nedry (Wayne Knight). Without his industrial espionage, we never would have seen one of the greatest movies of all time. But after seeing this blooper, you might wonder whether it was all in Nedry’s head.

Just before the computer engineer sets things in motion, he speaks to his contact at the island’s docks via video call on his computer, who tells him that the boat is about to leave – which is Nedry’s only way off the island once he’s stolen viable dinosaur embryos. However, at the bottom of the video, there’s a streaming bar, which suggests it’s a pre-recording (yes, whoops indeed)!

The most atmospheric sequence in the film naturally involves the escape of the Park’s tyrannosaurus rex. With the power down and torrential rain hammering the two jungle explorers as they sit outside the dinosaur’s paddock, we start to see ripples in a cup of water. The second warning that something enormous is coming? A goat’s leg landed on the jeep’s sunroof.

The limb hits the glass, sending Lex (Ariana Richards), Tim (Joseph Mazzello), and lawyer Donald Gennaro (Martin Ferrero) into a panic. We then see the rex swallowing the goat, but when we cut back to Gennaro as he abandons the vehicle, the leg is gone. Seconds later, when the rex begins to tear the fence down, the leg reappears, only to disappear again when the rex approaches the jeep!

4. Mystery of the T-Rex Paddock

The mystery of the tyrannosaur paddock is something that has been debated since 1993. Before the rex breaks free from its jungle enclosure, we can clearly see that the area behind the fence is level with the road where the jeeps are parked. And in case there was ever any doubt, we see the dinosaur walking from its enclosure right out onto the road, without so much as a hop.

Things continue to make sense until the rex attacks Lex and Tim in their jeep. Luckily, Alan frees Lex, but then they climb down a wall of considerable height on the same side of the road as the paddock! While ‘official’ blueprints indicate that a moat borders the paddock further along the road (which is also elaborated in the novel), we never see the rex push the car from its original spot.

Continuity errors are easily the most common kind of blooper, and as we’ve already established, Jurassic Park is no exception. While Alan, Lex, and Tim are lost in the Park, Ellie and John Hammond (the late Richard Attenborough) make the most out of some desserts before they spoil from the power outage, and discuss the implications of what InGen has done on the island.

Ellie and John are sitting at opposite ends of a long table, which is made clear from a wide side shot. When Ellie takes her seat, we can see that there are no desserts within reach, but moments later, a tub of ice cream magically appears right in front of her. If InGen has made a dinosaur theme Park Resort whose restaurant can conjure up ice cream, they really have spared no expense!

2. Ghosts of the Gallimimus

Jurassic Park is known for its ground-breaking digital effects. And there are many scenes in the film where the dinosaurs look real – which is usually when practical effects are on display. While Steven Spielberg would disagree that practical effects are more reliable, having experienced problems with both the Jaws animatronic and the t-rex, sometimes CGI can be just as defiant.

When Alan and the kids are crossing the Park, they spot a flock of gallimimus heading their way, and within moments are caught in the stampede. However, when they take shelter under a fallen tree, the rex bursts out of the jungle and picks an unlucky gallimimus out of the crowd. If you pause at the right moment, you can actually see the dinosaur’s head disappear into the rex’s neck!

Jurassic Park is full of nail-biting suspense, and another white-knuckle sequence is when the raptors invade the kitchen. While enjoying some dessert in the restaurant, Lex and Tim spot a raptor nearby and decide to hide in a dark kitchen. Cornering themselves in a kitchen probably isn’t a good idea, but they aren’t the only ones to make mistakes in this scene.

After the first of two raptors figures out how to open the kitchen door, we get a full view of the dinosaur as it’s framed by the doorway. This scene’s blink-and-you’ll-miss-it blooper comes in the form of a puppeteer’s hand that appears to touch the raptor on the tail. Maybe it’s not such a clever girl after all, as it looks like she definitely had a helping hand opening that door!

Did you spot any of these bloopers in Jurassic Park?