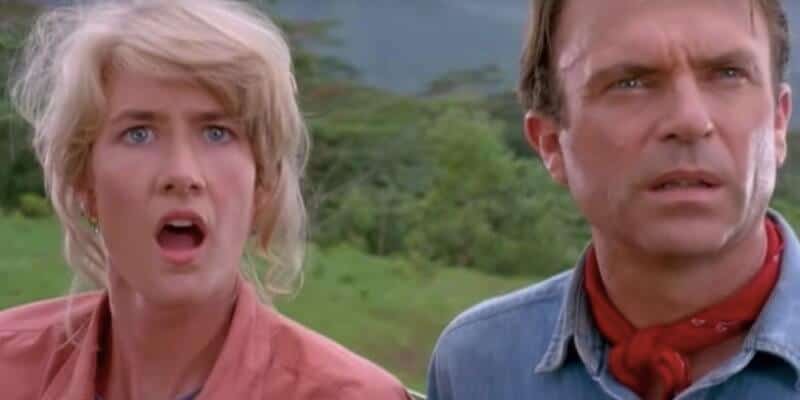 We all know that the sixth installment in the Jurassic Park franchise will feature dinosaurs – we’ve seen the teaser for the five-minute preview that was released alongside Fast & Furious 9 in IMAX a few months ago, and we’ve watched Jurassic World: Fallen Kingdom, at the end of which dozens of dinosaurs are released onto the mainland.

Jurassic World: Dominion will deal with the aftermath of those events, while brand-new game Jurassic World: Evolution 2 also expands upon the concept. And now that production on the new sequel has wrapped, we’ll probably get a trailer soon with all sorts of new dinosaur species on show, some of which director Colin Trevorrow has already confirmed.

Perhaps the biggest clue, though, is that it’s a Jurassic Park movie! But where could the franchise go after Dominion? Will we continue to get more movies that revolve around dinosaurs, or will we arrive at a new frontier of genetic engineering? Here are seven reasons why a future Jurassic World movie may not have any dinosaurs…

The hit animated show Jurassic World: Camp Cretaceous just got its Season 4 teaser, which gives us plenty of dinosaurs while also introducing the franchise’s first sabre tooth tiger! In the trailer, characters are seen discovering a brand-new facility, where they learn that dinosaurs aren’t the only creatures trying to eat them.

As the show is considered canon by its showrunner, then it’s possible we’ll be seeing the big cat in live action. But while this will be the first time we’ll see a sabre tooth tiger in the Jurassic Park franchise, its existence has been hinted at in many forms of media over the years, including two of the movies themselves.

In the original 1993 film, you can see a plush sabre tooth tiger toy on a shelf in the Gallimimus Gift Shop at the Visitor Center. These gifts can be seen during the scene in which Ellie Sattler (Laura Dern) and John Hammond (the late Richard Attenborough) are talking over dessert. So if there’s a toy for this prehistoric cat, then is it possible InGen has created it?

The fake ‘Masrani Corporation’ website – which was used to promote Jurassic World – also hints at sabre tooth tigers and woolly mammoths when referring to a dig site in Siberia. While no such animals are even mentioned in the 2015 film, you can see a sabre tooth tiger’s skull in the Lockwood Manor museum in Jurassic World: Fallen Kingdom.

These Pleistocene predators haven’t just been hinted at in previous Jurassic Park movies and the marketing – they’ve appeared in several video games over the years too. Jurassic Park: Builder, Jurassic Park: The Game and more recently, Jurassic World: Alive, are among a few examples in which extinct animals from that era have appeared.

The latest video game is Jurassic World: Evolution 2, which continues the park-building nature of the previous game. However, this time it takes place on the mainland just like Dominion. So if the likes of sabre tooth tiger and woolly mammoth show up in this game too, then it’s possible we’ll see them in the upcoming film, alongside all the dinosaurs.

4. There Are Already Six Movies With Dinosaurs

It’s hardly a criticism to say that by the time Jurassic World: Dominion comes out, we’d have had six Jurassic Park movies with dinosaurs in them. After all, that’s the whole premise of the entire franchise. But we’re not even remotely suggesting that we’re bored with seeing them! The more dinosaurs, the merrier!

However, it’s entirely possible that Universal Pictures and Amblin Entertainment will be keen to introduce something new in a future movie – even if that something exists alongside the dinosaurs. If dinosaurs and humans can co-exist, then so can dinosaurs and other prehistoric mammals! By co-exist, we do of course mean to eat each other.

3. Jurassic World: Dominion Might Not Be the Last Movie

In 2020, during the production of Jurassic World: Dominion, producer Frank Marshall suggested that the sixth installment in the franchise wouldn’t necessarily be the last movie. While it’s expected that the sequel will wrap up the Jurassic World set of movies, it might not mark the end for the film series altogether. And we wouldn’t be surprised if it did continue.

While nothing has been hinted at regarding a seventh film, it’s possible that Universal Pictures will continue making them. Since the franchise was brought back to life in 2015, it has grossed nearly $3 billion dollars worldwide. In fact, it has probably made more money than a real Jurassic Park ever would have!

2. Dinosaurs Aren’t the Only Clones

Many fans really don’t like the fact that a human clone was introduced in Jurassic World: Fallen Kingdom. In the film, young Maisie Lockwood (Isabella Sermon) discovers that she is the genetic replication of her dead mother, and that her grandfather is actually her father! This serves as one of many twists in the blockbuster sequel.

While a shock at first, seeing a human clone in a Jurassic Park movie is hardly far-fetched. If scientists can clone animals that have been extinct for millions of years, then a human being would be easy! It also lends to the possibility that animals like sabre tooth tiger – which have only been dead some ten thousand years – aren’t out of the question.

Worldwide cloning is something that’s hinted at during the auction scene in Jurassic World: Fallen Kingdom. When evil financier Eli Mills (Rafe Spall) puts the Indoraptor up for bidding, geneticist Henry Wu (B. D. Wong) tells him that they shouldn’t sell it because it’s a “prototype”. Mills, however, is quick to point out that they can “make more”.

But Wu responds to Mills by saying, “So will they”, which suggests that we may see other companies around the world creating their own dinosaurs in Jurassic World: Dominion. Dr. Ian Malcolm (Jeff Goldblum) even gives a grave warning about “change” at the end of Fallen Kingdom. Could worldwide cloning pave the way for new extinct species in future films?

It looks like extinct animals like sabre tooth tigers and woolly mammoths shouldn’t be ruled out where a future Jurassic Park movie is concerned – or even in the upcoming sequel for that matter. Jurassic World: Dominion stars Chris Pratt and Bryce Dallas Howard, and will see the return of many original Jurassic Park characters (including those of the dinosaur variety).

Do you think the Jurassic Park series will eventually move away from dinosaurs?