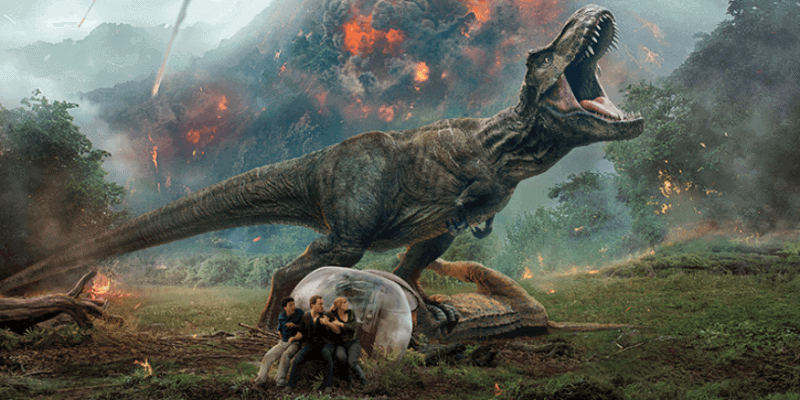 The Jurassic franchise has been bringing people to movie theaters since Steven Spielberg’s classic film first roared into theaters in 1993. Since then, it has become one of the largest film franchises in history, with four films, the latest of which is one of just six films to ever earn more than $200 million at the box office on its opening weekend.

However, beyond the first film, which is unarguably a beloved classic, the other films tend to be a bit polarizing. You either love them, or you wonder why they were ever made. The upcoming fifth film, “Jurassic World: Fallen Kingdom” will unfortunately also fit that description. 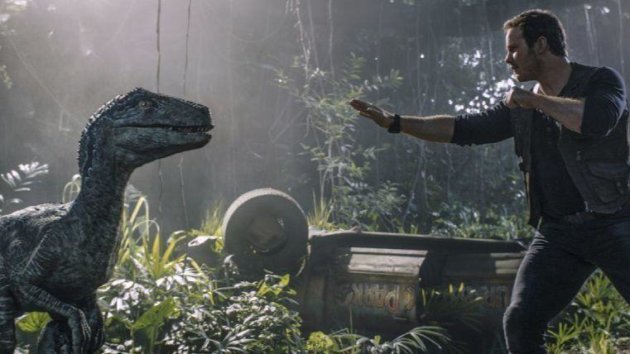 Don’t get me wrong, there’s a lot to love about “Jurassic World: Fallen Kingdom,” but there is also a lot that is not so great. For every powerful use of imagery, there’s an out-of-place action sequence. For every exciting new twist, there’s an overused and tedious trope. For every beautifully-placed callback to a previous film, there’s a moment that completely ignores all of them.

The film starts with an exciting sequence that gets right into the dino-filled fun we love form this franchise, introducing the dinosaurs in exciting new ways. However, it then quickly moves into familiar moments that make it feel like we’re watching the same movie for the fifth time, and not watching a fifth different movie.

One moment that stood out was one of the new characters’ first sight of a live dinosaur in person. Yes, I understand that this is new to the character, but we have seen this exact scene four times already. 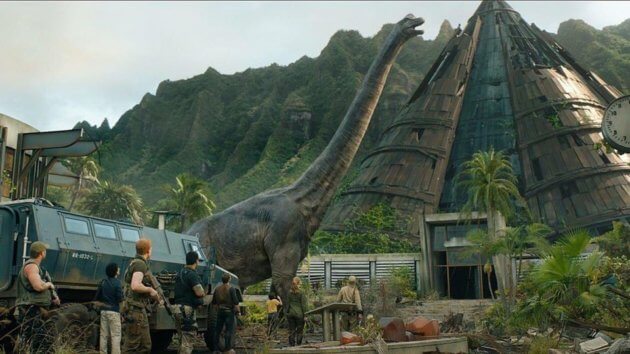 The new movie also continues two of the most painful aspects of “Jurassic World”: the newly-implemented action hero and the forced love story. Yes, “Jurassic Park” is an action movie, but Dr. Grant isn’t charging head first into battle with the dinosaurs. The Jurassic franchise never needed a John McClane, and that is what we have now.

Then there’s the love story between Owen (played by Chris Pratt) and Claire (played by Bryce Dallas Howard). Without getting into details, the ending of “Jurassic World” is revisited, though I will say it is a toned down version of that. 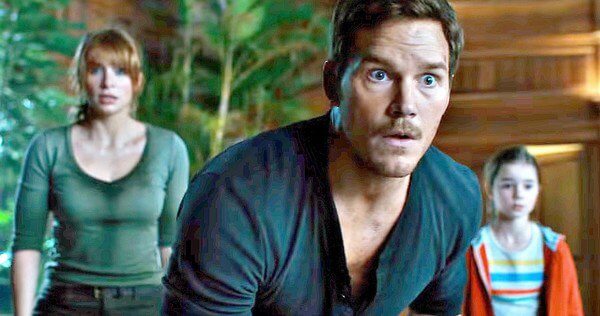 While the film continues that plot point from its predecessor, it ignores a detail that seemed important at the time. The Indoraptor, the terrifying new creature that in many ways serves as the film’s main antagonist, is explained as being part raptor and part Indominus Rex. The problem with that is, as Chris Pratt made it very obvious in the last film, that the Indominus was already part raptor. Did adding more raptor DNA somehow make it more dangerous?

There are a few more issues I had with the film, but getting into them would spoil the movie.

As I said, “Jurassic World: Fallen Kingdom” has plenty of good to balance out the bad, including a plot twist that seems like the obvious logical next step in the story this franchise has been telling.

The new characters introduced in this movie are also very entertaining. Maisie Lockwood (played by Isabella Sermon), Zia Rodriguez (played by Daniella Pineda) and Franklin Webb (played by Justice Smith) are all fantastic additions to the franchise. Franklin offers comedic relief throughout the movie while Maisie provides the heart to really help the audience connect to the story.

This movie has plenty more to be excited about. The relationship between Owen and Blue, the raptor, adds a layer of emotion to the story; the Indoraptor, despite its aforementioned issues, is a horrifying new monster; and a very interesting new subplot is introduced that could prove to be crucial to the future of the story. There is more, but again, I won’t spoil it for you.

“Jurassic World: Fallen Kingdom” is far from the original “Jurassic Park,” which is something I think we all expected. It is however a fun experience and a nice continuation of the story the Jurassic franchise has been telling for 25 years now. You may just have to overlook a few cringeworthy moments and painful plot points to fully enjoy it.

Comments Off on REVIEW: “Jurassic World: Fallen Kingdom” is a wild adventure that is equal parts fun and frustrating