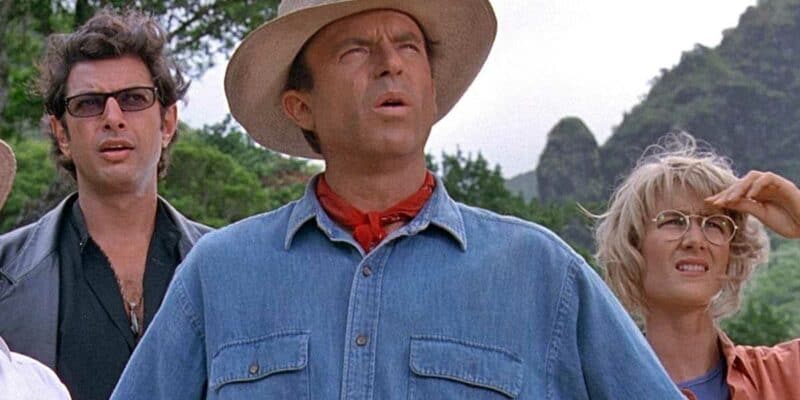 Jurassic Park is one of the most iconic movies of all time, and since its release in 1993, it has developed an enormous fanbase. Now, we are almost upon the sixth installment in the franchise, Jurassic World: Dominion, but it’s easy to forget that Jurassic Park started as a novel.

Released in 1990, Jurassic Park became a bestseller, and while late author Michael Crichton was responsible for many iconic works, from The Andromeda Strain to The Great Train Robbery, he’s best known for the genius thriller that introduced us to the concept of cloning extinct animals.

However, there are still many Jurassic Park fans out there who are yet to read the novel – or perhaps even revisit it after so many years. So if for whatever reason you aren’t familiar, it’s worth knowing that there are many differences between the book and Steven Spielberg’s 1993 classic.

It would take forever to do a side-by-side comparison, so here are the five major differences between Jurassic Park and the novel.

One of the first things you’ll notice about the book is that from the offset, the plot is very different from the film. Even just one chapter in, you’ll note that there are some pretty huge differences between book and film and that it’s going to be a different affair altogether.

For starters, it doesn’t begin on the InGen island. Instead, there’s quite a bit of back-and-forth in Central America, where dinosaurs are causing problems in remote areas on the mainland, evoking fear of disease among the locals (yes, the novel was the first to introduce this concept!).

But you’d agree that one of the most stand-out chapters is a scene that was actually adapted into the prologue for the sequel to the first film, The Lost World: Jurassic Park (1997), in which a young girl is mauled by compys while exploring a beach (although it’s not Site B in the book).

And there are many other huge differences too. While the beats are mostly identical – Dennis Nedry steals embryos and shuts down the power, the t-rex and the raptors escape, Alan and the kids must make their way across Jurassic Park, and so on – the plot itself isn’t.

Throughout the book, Alan and the others help InGen understand why the dinosaurs’ numbers aren’t adding up (unauthorized breeding, of course!). Other subplots involve small dinosaurs reaching the mainland by boat, as well as the effects of these incidents in Costa Rica.

You’ll be glad to know that Jurassic Park includes all your favorite characters. Alan Grant, Ellie Sattler, Ian Malcolm, Dennis Nedry, Donald Gennaro, Henry Wu, John Hammond, and Lex and Tim are all present. However, some are very different from their on-screen counterparts.

In the novel, Alan likes children so doesn’t go through any sort of character arc, and Ellie isn’t his girlfriend. The “blood-sucking lawyer” Donald Gennaro is younger in the book, whereas the movie version incorporates another in-novel character (a cowardly Park warden named Ed Regis).

Other characters like Ian Malcolm and Dennis Nedry are the same, however, John Hammond and Henry Wu are pretty sinister (motivated by money and recognition). In fact, if you’ve never read the book, you might be disheartened to learn that this version of Hammond is pretty nasty!

As for Lex and Tim, they’re the opposite ages (although Lex is younger than Tim is in the film). Tim is still a dinosaur nerd, but Lex isn’t a computer hacker (she’s actually a baseball fan, which doesn’t really help matters!). Nevertheless, the dynamic between the kids and Alan is the same.

‘Background’ characters in the movie also get more page-time, such as Park warden Ed Regis and veterinarian Gerry Harding (no relation to Sarah!). They’re in the film too – Regis is driving the gas jeep when we first see the brachiosaur, and Harding is with the sick triceratops.

While the book is of course set on Isla Nublar, there are some key differences between the two, which is mostly the Park itself. In the book, the tour goes through the same beats for the most part, but we see so much more of Jurassic Park, and with it of course the island.

The island is also mistier – which makes sense given that it’s volcanic (something Jurassic World: Fallen Kingdom definitely touches upon!). Areas not seen in the film include Hypsilophodont Highlands and the Aviary (although the latter is used in Jurassic Park III and Jurassic World).

Even the Visitor Center is bigger in the book, while the atrium has a giant robotic t-rex instead of a skeleton. The Guests also stay at a hotel called the Safari Lodge (which no doubt exists in the film too, unless Hammond expected all of them to sleep up trees!).

We also see the characters exploring caves, beaches, and manmade underground structures, with tunnels running beneath the Park. And there’s a scene where Lex and Tim hide behind a waterfall from the t-rex, which obviously inspired the waterfall scene in The Lost World: Jurassic Park.

Perhaps the most notable scene that isn’t in the film is the river scene, in which Alan and the kids are chased downriver by the t-rex (how does it swim with those arms?!). However, this scene went on to inspire the Jurassic Park and Jurassic World-themed rides at Universal Studios.

One of the things we love about the movie is its ability to blend multiple genres. However, when it comes to the novel, it’s very much a horror! While the film is hardly violent-free, the scenes in which characters are killed are at least concealed, and more or less blood-free.

In the book, however, there’s really no turning away from the violence. With that said, it isn’t violent for the sake of it – what the author was clearly going for (and if you’ve read his other works, you’ll know he’s all about grounding his stories in reality) are believability and terror.

In fact, there are many scenes in the book that could have easily turned Jurassic Park into an R-rated film! But it’s not all about the violence – the overall tone is a lot darker than it is in the film, and the whole affair is played a lot straighter too (it’s also quite humorless).

While there are plenty of fascinating moments in the book, that sense of wonder we’re all so familiar with when it comes to Jurassic Park is largely down to Steven Spielberg’s magic touch (although let it be said that Crichton was a genius in his own right!).

Crichton’s Jurassic Park is heavier around the debate and commentary on the matter of genetic engineering. The conversations around this topic are really drawn-out, while the book as a whole – when dinosaurs aren’t eating people, at least – is definitely less wonder and more science.

With budget preventing the filmmakers from including too many dinosaurs in Jurassic Park, and with Spielberg’s signature less-is-more approach (all of which worked out in everyone’s favor in the end!), it will come as no surprise to learn that there are many more dinosaurs in the book.

As we mentioned, we see other parts of the Park, and with them, several other paddocks and enclosures. Among them are Pterosaur Peak,  Carnivore Country, Stegosaur South, Triceratops Territory, Sauropod Swamp, and Velociraptor Valley (take note, Universal Studios!).

While many of the dinosaur-related sequences are similar – the t-rex breakout and the raptor chases and so on – there’s a lot that’s different too. There’s no sick triceratops – it’s a stegosaur in the book, we see pterodactyls in the aviary, and there’s even a junior t-rex (which is still big!).

The book also focuses even more on the raptors than the film does. There’s even an entire sequence in which Ellie and Malcolm are trapped in their room at the Safari Lodge when raptors are trying to penetrate the overhead window!

There are some significant differences in the dinosaurs’ portrayals too. The pterodactyls in the book actually sport some hair, and the t-rex has a forked-tongue like a modern-day lizard. We get to see the rex doing a great deal more in the book too, from sleeping to swimming (very scary!).

Jurassic World: Dominion, the next installment in the Jurassic Park franchise, hits theaters on June 10, 2022. An epic prologue for the movie was recently uploaded to YouTube by Universal Pictures.

What do you consider to be one of the biggest differences between Jurassic Park and the novel?