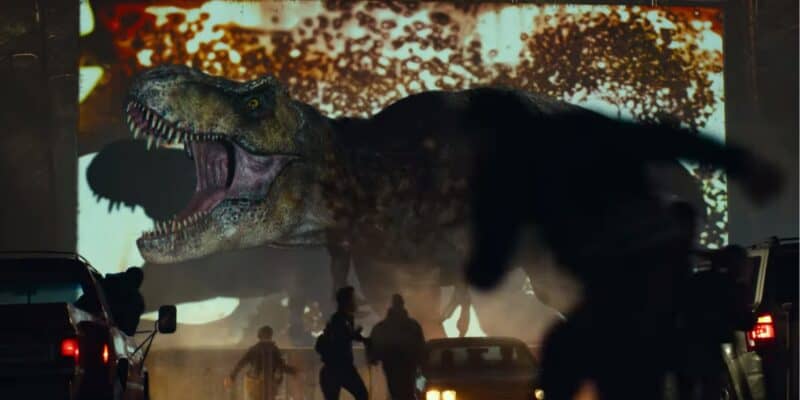 Jurassic Park and Jurassic World fans have been waiting for the sixth installment in the long-running dinosaur franchise for quite some time. Now, after COVID-19 production delays, Jurassic World: Dominion finally has an official rating.

Unsurprisingly, the Motion Picture Association of America (MPAA) has given Dominion a PG-13 rating for “intense sequences of action, some violence, and language.”

Dominion will star Chris Pratt (Owen Grady) and Bryce Dallas Howard (Claire Dearing) reprising their roles from the prior Jurassic World films. It is due to release on June 10, 2022.

Experience one of the biggest films in motion picture history with director Steven Spielberg’s ultimate thrill ride, Jurassic Park. Featuring Academy Award® winning visual effects and groundbreaking filmmaking that has been hailed as “a triumph of special effects artistry” (Roger Ebert, Chicago Sun-Times), this epic film is sheer movie-making magic that was 65 million years in the making. Jurassic Park takes you to an amazing theme park on a remote island where dinosaurs once again roam the earth and five people must battle to survive among the prehistoric predators. Starring Sam Neill [Alan Grant], Laura Dern [Ellie Sattler], Jeff Goldblum [Ian Malcolm] and Richard Attenborough [John Hammond], discover the breathtaking adventure you will want to experience again and again.

One description of Dominion reads:

The sequel [to Fallen Kingdom] was first confirmed by Fallen Kingdom director, Juan Antonio Bayona. Filming began in Canada in February 2020 and the film is set to be released internationally on June 10, 2022. It was previously set for release on June 11, 2021, but it was pushed back a year due to the COVID-19 pandemic.

While Dominion will round out a trilogy of films that began in 2015 with Jurassic World, an interview with Frank Marshall revealed that Dominion will be the beginning of a “new era”, hinting at further sequels as a result of Fallen Kingdom’s ending.

Are you looking forward to the next Jurassic World movie?

Comments Off on ‘Jurassic World: Dominion’ Gets Official Rating, Moves Closer to Release