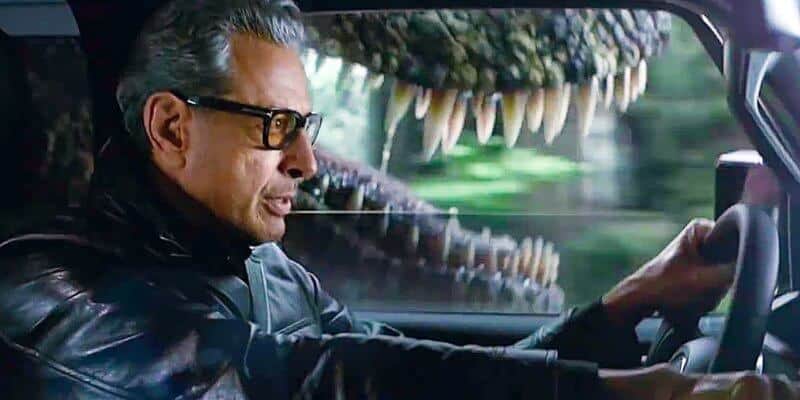 When it comes to Jurassic Park and Jurassic World theming — Universal theme parks do it best!

Universal Orlando Resort added Jurassic World VelociCoaster to its Jurassic Park section of Islands of Adventure, which launches riders into an InGen coaster against the wishes of Owen Grady (Chris Pratt). At the same time, Clair Dearing (Bryce Dallas Howard) prepares us for our coaster ride.

That theme park also has some nostalgic vibes to some attractions as Guests can embark on Jurassic Park River Adventure as they come face to face with a T-Rex, much like you can see in the 1993 classic film that started the entire franchise.

At Universal Studios Hollywood, officials just gave their Jurassic boat ride a massive upgrade retheming it to Jurassic World. The end of the ride is the biggest change, as we get to see not one but two dinosaurs battle — much like the finale of the first Jurassic World film! 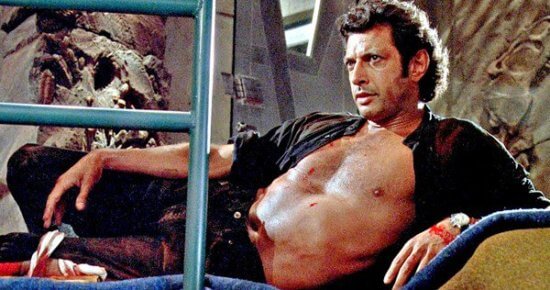 That being said, in 2022, Jurassic World: Dominion will debut, which will bring back iconic characters such as Ian Malcolm (Jeff Goldblum), Ellie Statler (Laura Dern), and Sam Neill (Alan Grant), which will officially tie both storylines together. With that being said, it seems some Universal fans are ready to see some original characters properly showcased at the parks!

Wesley Boutilier (@WesleyBout) took to Twitter with a request:

All these Jurassic Park rides and not a single Jeff Goldblum animatronic. What are we doing here people.

Hilariously, it seems Wesley wants to see Jeff Goldblum shine on a Universal attraction, and they are not the only ones to think that!

I’m tempted to @ the Creative team because they clearly dropped the ball ?

B Knighton (@BDKnighton1) chimed in, stating:

This life is not worth living without one.

This life is not worth living without one.

Perhaps Universal Beijing can include some updates to their new land once the film premieres. That being said, nothing has been said to confirm that we will see a Jeff Goldblum animatronic, no matter how much we may want to see it!

For now, you can check out a snapshot of Goldblum in the VelociCoaster queue as there is an Ian Malcolm book on display.

Do you think Jeff Goldblum deserves an animatronic in a future Jurassic World attraction?