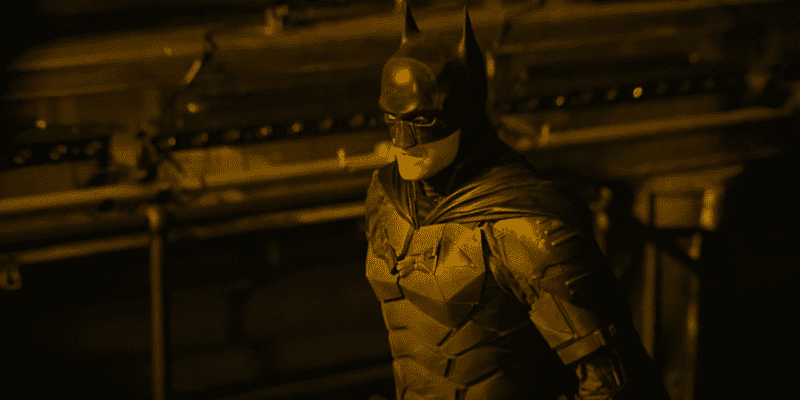 The world of comic books and commonality of NFTs are growing rapidly in 2022. Now, it appears that the two have converged with The Batman (2022), but DC fans are up in arms about the subject.

Superhero fans, particularly Marvel fans, are very vocal about their opinions over their favorite iconic characters, especially when it comes to live-action interpretations.

The Batman is proving to be one of the most anticipated movies of the year, with director Matt Reeves’ film breaking trailer records, but fans have had it with Warner Bros Pictures’ latest NFT marketing push:

just fell to my knees in IKEA.

just fell to my knees in IKEA. pic.twitter.com/pGZx9GhZa8

Studios are opting towards marketing their films with “exclusive” NFTs (digital assets of real-world products). For example,  Sony Pictures sold exclusive NFTs of Spider-Man: No Way Home (2021) to the first 86,000 AMC Theaters patrons who saw the Multiverse Marvel movie on opening night.

AMC is at it again with exclusive NFTs for The Batman, but fans are threatening to boycott:

We gotta boycott The Batman now

We gotta boycott The Batman now

You either die a hero or live long enough to peddle NFTs.

You either die a hero or live long enough to peddle NFTs.

At what first seemed like a joke, DC fans are getting a bit “heated” over these Batman NFTs, going so far as to threaten to impact the stock market value of AMC Theaters negatively!

The Batman NFT push comes days after Captain Marvel (2019) and Avengers Endgame (2019) star Brie Larson publicly stated that she fully supports the practice of NFTs, sparking a wave of controversy, outcry, and backlash from fans:

No Brie why? Why? I loved you. And you do this to me. I thought you were cool. Gonna cry now

No Brie why? Why? I loved you. And you do this to me. I thought you were cool. Gonna cry now

Many consider NFTs a “scam,” as anyone could screenshot an “NFT” piece of art on their smart device and more.

According to Wikipedia, an NFT is:

“A non-fungible token (NFT) is a non-interchangeable unit of data stored on a blockchain, a form of digital ledger, that can be sold and traded. Types of NFT data units may be associated with digital files such as photos, videos, and audio. Because each token is uniquely identifiable, NFTs differ from blockchain cryptocurrencies, such as Bitcoin. NFT ledgers claim to provide a public certificate of authenticity or proof of ownership, but the legal rights conveyed by an NFT can be uncertain. NFTs do not restrict the sharing or copying of the underlying digital files, do not necessarily convey the copyright of the digital files, and do not prevent the creation of NFTs with identical associated files.”

More about The Batman

Here’s a synopsis of The Batman:

Debuting worldwide on March 4, 2022, fans can pre-order their tickets here.