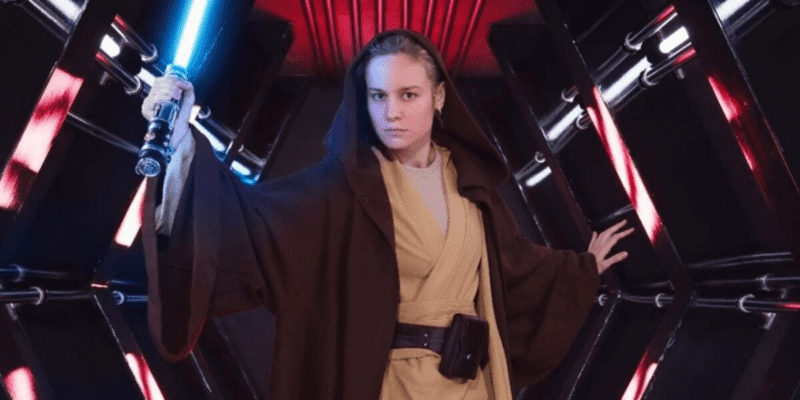 Avengers: Endgame (2019) star and Academy Award winner Brie Larson (Glass Castle, Scott Pilgrim) never seems to catch a break from Marvel fan backlash, but that isn’t stopping Disney from putting her at the forefront of Disney+ in a new series.

Brie Larson is one of the most popular actors in the world, with comments of wanting to appear in Star Wars as Luke Skywalker’s (Mark Hamill) wife Mara Jade to recently supporting the controversial subject of NFTs to various political standings propelling her to the top of social media conversations every day, people can’t stop talking about the Marvel Studios actress.

Undoubtedly an important figure in the future of the Marvel Cinematic Universe, Brie Larson just got her own unscripted series that’s coming to Disney+:

Marvel’s Brie Larson and Jeremy Renner to Produce and Star in Disney Plus Unscripted Shows https://t.co/lFcubyrQN0

Larson and Marvel Universe co-star Jeremy Renner (Hawkeye) are getting their own streaming series on Disney+. While there’s little information about what these Marvel alums are bringing to the table, Variety shared:

Disney Plus has ordered two unscripted series from actors in the Marvel universe: Brie Larson is behind “Growing Up,” a docuseries that looks at ten different coming-of-age tales.

Brie Larson has been stirring the pot with her various social media post since her Marvel debut in Avengers: Endgame (2019) that made her a household name, but the actress is among some of the highest-grossing films of all time.

Breaking boundaries for female directors in Hollywood, Larson is getting the chance to dip her superhero toes in a new aspect of Tinsel Town with Disney’s Growing Up:

“They represent a wide range of lived experiences, giving audiences emotionally powerful narratives that offer an engaging look at teenage-hood and the diverse social, familial, and internal obstacles young people face on their path to self-discovery and acceptance. Each 30-minute episode features one young person, or ‘hero,’ and their experience growing up. Each episode is anchored by a deeply personal interview that allows our heroes to walk us through their childhood and teenage years. Alongside these interviews, creative cinematic reenactments help bring their major inflection points to life.”

Larson most recently appeared in the jaw-dropping end credit scene in Shang-Chi and the Legend of the Ten Rings (2021). The actress is set to star in the upcoming The Marvels (2023) Marvel movie — which was pushed back by a year due to the ongoing global pandemic.

Growing Up is in the earliest pre-production stages but will hopefully debut on Disney+ sometime in 2023!

More about The Marvels

Are you excited about this Brie Larson series? Let us know in the comments below!