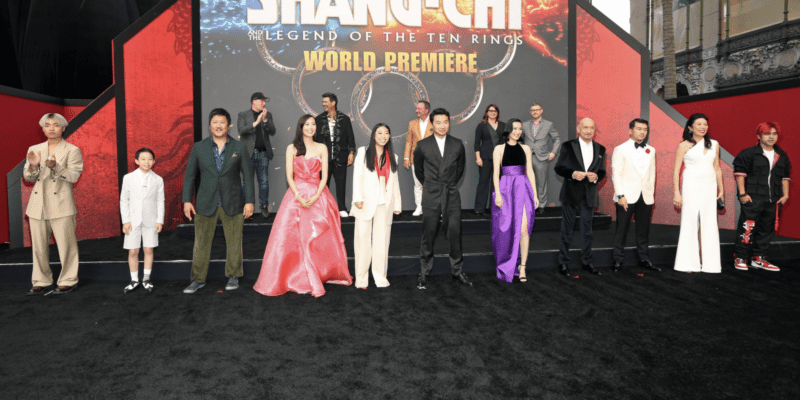 Shang-Chi and the Legend of the Ten Rings (2021) opened a whole new world for Kevin Feige’s Marvel Cinematic Universe. With many Marvel fans finding it the movie of the year — and that’s saying something when Black Widow and Spider-Man: No Way Home also released in 2021 — Shang-Chi has already been greenlit for a sequel, also directed by Destin Daniel Crettin.

Now, ahead of filming for the sequel — which has an unknown release date — it has been confirmed that Shang-Chi star Michelle Yeoh (Ying Nan) will reunite with Crettin for a new Disney+ Original project called American Born Chinese.

Per Deadline, Yeoh’s character will be “an unassuming auntie who helps her nephew Wei-Chen navigate the challenges of American high school while maintaining her secret identity as the all-powerful Buddhist bodhisattva of Compassion.”

The Disney+ film adaptation of the popular 2006 New York Times Bestselling graphic novel of the same name and is described as:

…the story of Jin Wang, an average teenager juggling his high school social life with his immigrant home life. When he meets a new foreign student on the first day of the school year, even more worlds collide as Jin is unwittingly entangled in a battle of Chinese mythological gods. The show is a genre-hopping action-comedy that explores issues of identity, culture, and family.

As for Shang-Chi 2, fans have been speculating that it could officially introduce K’un-Lun, one of the Seven Capital Cities of Heaven. This mystical lost city is the home of Danny Rand/Iron Fist.

Given the poor critical and fan reception to the show, it is likely that Iron Fist would be recast in the MCU moving forward, though nothing has been confirmed.

Will you be watching American Born Chinese?