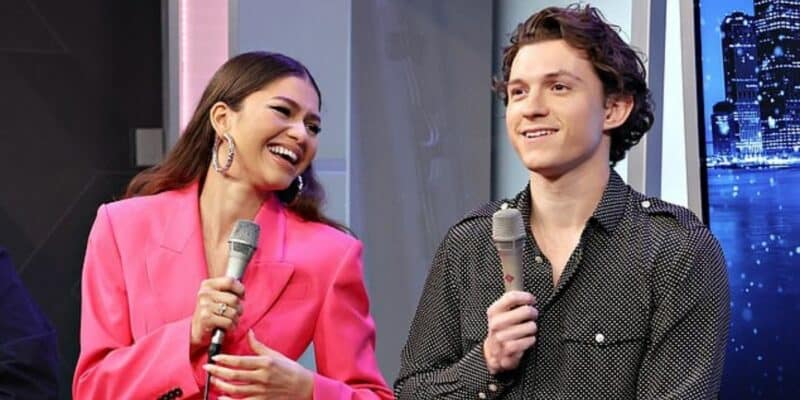 In July 2021, Marvel Cinematic Universe stars Zendaya (Spider-Man, Shake It Up, Euphoria) and Tom Holland (Spider-Man, Uncharted) were spotted kissing one another in the front seat of a car and ever since, Marvel fans have shipping the duo’s relationship.

Now, it seems the couple is taking the next step in their relationship as the two have just jointly purchased a £3million home in the United Kingdom!

25-year-olds Holland and Zendaya first met in 2016 when filming for Spider-Man: Homecoming (2017) and since, their relationship has only grown stronger. In fact, despite the fact that the couple never verbally confirmed they are dating in real life, after the two were spotted kissing in summer 2021, fans have been pretty confident in their off-screen relationship.

Now, it seems the Spider-Man duo is taking the next step as they just purchased a house together in U.K. — just miles away from Holland’s hometown. According to one report, the duo have big renovation plans as their house will soon include a gym, cinema and a man cave.

Tom has made it clear he wants hi-tech security all around the premises, starting with an 8ft steel security gate on the drive. He was also very specific about his man cave and the cinema room.

The plan is for them to move in after renovation is completed, probably late summer.”

What do you think of Tom Holland and Zendaya purchasing a home together? Let us know in the comments below.