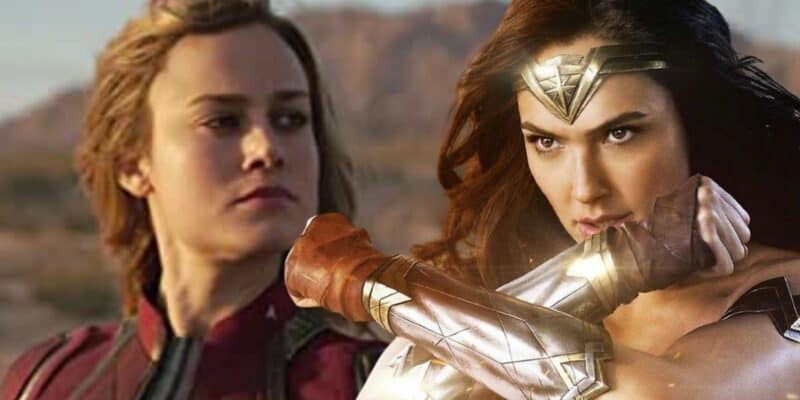 Brie Larson made her Marvel Cinematic Universe debut in Captain Marvel (2019) as Carol Danvers/Captain Marvel. Some Marvel fans have maligned the Phase Three film as one of the worst MCU movies. While some critiques are valid, others undoubtedly stem from its place as the first female-led Marvel movie. Recently, Brie Larson’s comments on her favorite female superhero have resurfaced, and her opinion might shock fans.

Back when she was promoting Captain Marvel, which hit theaters between Avengers: Infinity War (2018) and Avengers: Endgame (2019), Illie from The Female Lead asked the Room actress who her favorite female superhero was, and Brie Larson had a surprising answer when she said:

“I really like Wonder Woman a lot. I think she’s super cool. […] But also all the ladies in Wakanda are pretty cool too. All the ‘Black Panther’ ladies. Yeah. We’ve got a lot of cool superheroes.”

The two films have always been compared. Wonder Woman received a critic score of 93% and an audience score of 83% on Rotten Tomatoes compared to Captain Marvel, which only garnered a critic score of 79% and one of the lowest audience scored in the MCU at 45%. It seemed like DC Comics leading lady had one the battle when she got a sequel first as well with Wonder Woman 1984, despite the follow-up being less well-received.

But luckily for fans, Brie Larson is getting another shot at headlining a Marvel movie. Captain Marvel 2, titled The Marvels is scheduled for theatrical release on February 17, 2023. The Captain Marvel sequel will co-star Teyonah Parris (WandaVision) as Monica Rambeau and newcomer Iman Vellani as Kamala Khan/Ms. Marvel.

Related: “We Made a Mistake, We Missed Some” Marvel’s Mutants Prep For Battle

The Marvels will be directed by Little Woods’ (2018) Nia DaCosta. DaCosta is the first black woman to direct an MCU movie. And it will move past the origin story fans saw in the first Captain Marvel film starring Oscar winner Brie Larson and give us even more powerful female characters, including a new villain played by Zawe Ashton (Netflix’s Velvet Buzzsaw).

Jude Law is also returning as Yon-Rogg alongside a rumored Clive Owen-type, who will be playing his brother. South Korean Actor Park Seo-Joon (Parasite) was added to the IMDb cast page in another unnamed role. Rumors have him as one of three possible characters: Korean superhero Amadeus Cho AKA Brawn, a teammate of Kamala Khan’s from the comics, another version of Captain Marvel, also known as Marvel Boy, the Kree warrior Noh-Varr, or as  the Young Avenger wTheodore Altman AKA Hulkling, a half-Kree/ half-Skrull and the son of the original Captain Marvel, Mar-Vell.

Let us know in the comments who your favorite female superhero is. Do you agree or disagree with Brie Larson?