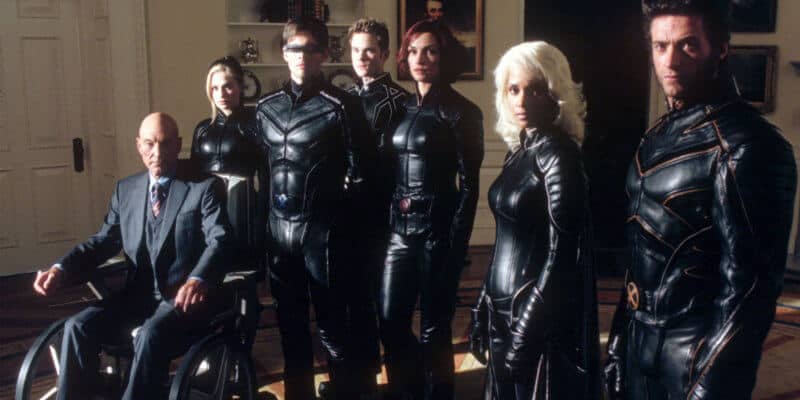 Marvel announced a new crossover event to be happening in Marvel Comics this July.

Judgement Day is about the Eternals returning back to a central place in Marvel Comics and challenging the X-Men due to new revelations. The X-Men have grown to be quite powerful and have created their own mutant nation called Krakoa and the Eternals disapprove of the power that the X-Men have. As tensions rise, the Avengers are pitted right in the middle trying to negotiate peace, but it seems that war is inevitable especially with the Eternals electing Thanos to be their Eternal Prime (Leader of the Eternals).

Related: Why the MCU’s New ‘Aquaman’ Won’t Join the ‘Avengers‘

Here’s the official synopsis for the new crossover event:

The X-Men have achieved immortality and mutants have taken their place as the dominant species on the planet. The Eternals have discovered long hidden knowledge about their species, including a devastating truth about mutantkind. The Avengers have come into direct conflict with the Celestials and are currently using a fallen Celestial as their base of operations, slowly unlocking its secrets… When the Eternals brazenly target the mutant nation of Krakoa, the Avengers try desperately to de-escalate a potentially apocalyptic war. But this is no simple conflict. The Eternals’ purpose cannot be denied and mutantkind’s future will not be threatened. And after the opening battles, new players and revelations for both sides will emerge as the inhabitants of the Marvel Universe are JUDGED by the greatest power they’ve ever come into contact with.

Alongside this, Marvel revealed quotes from the story to gather hype for one of their biggest crossovers. For the Avengers, Marvel released a quote from Tony Stark:

Speaking broadly, I’m pro-hubris. But… how on earth do you we’re going to make god in a few hours?

Related: Reported ‘Avengers’ Trilogy to Be BIGGER Than ‘Endgame‘

For the X-Men, there was an Irene Adler quote — she serves as one of the X-Men’s antagonists who can predict the future:

There will always be a war. That’s the one thing one can always be sure of.

For the Eternals, Druig shares a shocking revelation:

For a million years, earth has been protected from the deviants. But we made a mistake… we missed some. The mutants.

With the idea that the X-Men are Deviants and must be stopped, it will be interesting to see how this crossover event will go. The scale of this conflict already looks to be possibly rival the Civil War comics, which are loved by many and were adapted into the MCU as Captain America: Civil War (2016). When it comes to the MCU, this new crossover event could possibly become a reality with all the X-Men soon to be introduced and the Eternals finally entering the MCU last year starring Angelina Jolie as Thena, Richard Madden as Ikaris, Gemma Chan as Sersi, Salma Hayek as Ajak, Kumail Nanjiani as Kingo, Ma Dong-Seok as Gilgamesh, Barry Keogah as Druig, Lia McHugh as Sprite, Brian Tyree Hendry as Phastos, and Lauren Ridloff as Makkari.

Of course, it would be a while before the Marvel Cinematic Universe would need a threat like this, but if Eros did bring Thanos back to life and the Mad Titan tried a different scheme to take over the world, the Eternals would be the way to do it and the X-Men have a large crossover and fight would be great for the X-Men to be seen in such a big crossover, but most likely Marvel will want to do the Avengers vs the X-Men first.

Judgement Day is set to release in July 2022

What are your thoughts on Judgement Day? Let us know in the comments below!

Comments Off on “We Made a Mistake, We Missed Some,” Marvel’s Mutants Prep For Battle