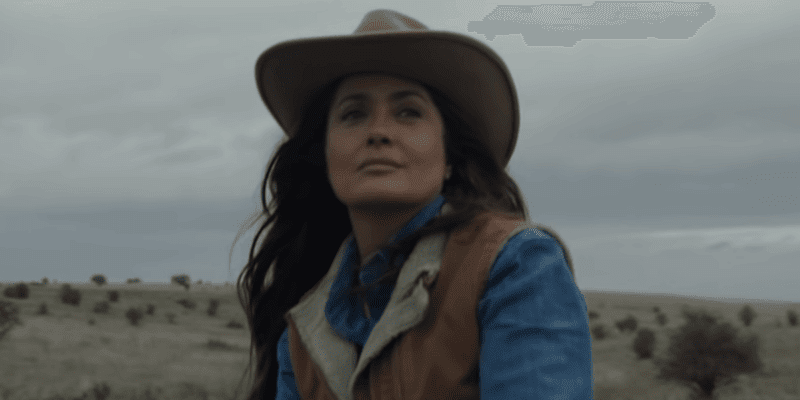 Marvel’s Eternals is coming to theaters on November 5, 2021, and will introduce MCU fans to a whole new cast of characters many of them you may have never heard of before including Ajak, played by Salma Hayek Pinault, who recently opened about her experience with the role.

Marvel fans who have only watched the films in the Marvel Cinematic Universe might not know much about the Eternals but the official description for the upcoming movie from Marvel is:

Related: Thanos May Return In ‘The Eternals’ Says Creator

Much like the big risk that Kevin Feige’s Marvel Studios took on Guardians of the Galaxy (2014), this team of mostly unknown characters could pay off big time. And in a recent interview with Variety, star Salma Hayek opened up about her experience playing Ajak in the Marvel Cinematic Universe saying:

Salma Hayek is currently promoting her new film Hitman’s Wife’s Bodyguard, where she is starring as Sonia Kincaid alongside Marvel alumni Ryan Reynolds (Wade Wilson/ Deadpool) and Samuel L. Jackson (Nick Fury). It is the sequel to 2017’s Hitman’s Bodyguard.

Salma won an Academy Award for portraying Frida Kahlo in Frida (2012) and the actress previously wrote on her Instagram about her new Marvel character, “It used to be the father of all Eternals, but girls, this is OUR time!” The 54 year old actress also spoke about what inspired her to take on the MCU and opened up about her experiences with depression in Hollywood. Hayek’s Husband supported the celebrity and encouraged her to become Ajak.

I think that there are people in power who have wanted this change for a long time. But it takes a lot of elements for it to happen. For example, [Marvel vice president] Victoria Alonso, […] Even Kevin Feige was very proud of it. But I was terrified. They tell you you’re going to be in this movie, but they can’t give you a script, and you have to sign the contract […] you cannot tell anyone.

It’s honestly a miracle that actress Salma Hayek was able to star as the immortal superhero in the Marvel movie. She also revealed to Variety that at the start of the COVID 19 pandemic she became so sick that she had to be put on oxygen. At one point the Wild Wild West (1999) actress believed she would die.

She joins previous gender-bent characters like Captain Marvel’s (2019) Mar-Vell (Annette Bening) and Doctor Strange’s (2016) Ancient One (Tilda Swinton). Annette Bening faced fan criticism and Kevin Feige admits casting Tilda Swinton was a mistake – though that was because of the whitewashing of an Asian character and not her gender.

Who is Salma Hayek Playing in Eternals?

For those not in the know, Hayek is playing Ajak, the wise and powerful leader of the Eternals on Earth. In Marvel Comics, Ajak is a man, and he leads the battle against the Eternals’ mortal enemy the Deviants. Since the Eternals are essentially immortal, Ajak has a long history in the Marvel Universe.

Eternals is supposed to take place over the course of 7,000 years, so the latest Marvel is sure to touch on some of the amazing moments in Ajak’s history. He first appeared in Eternals #2 in 1976 and was created by Jack Kirby. Kirby’s Eternals, including Ajak, even had a part in the Marvel Comics Secret Invasion event, fighting alongside Hercules against the Skrull gods.

Ajak fought in the Trojan War and when he lived in Central America the Aztecs thought he was Quetzalcoatl since he has the ability to fly. Ajak also has enhanced strength, speed, and stamina. Salma Hayek’s Ajak will also maintain the accuracy to the comic books and have the ability to heal the other Eternals.

In the Marvel Universe, Ajak can almost manipulate molecules up to 990 pounds (450 kg) for around a minute. And he can project blasts of cosmic energy from his hands or eyes, in the form of light, heat, or concussive forces.

In Marvel Comics, Ajak was tricked by Sprite to access the power of the Dreaming Celestial, which ended up trapping the Eternals in their human forms. Ajak believed it was blasphemous for the Eternals to communicate with the Celestials and even brainwashed a fellow Eternal Gilgamesh to prevent this.

But there is still plenty of time over the course of 7,000 years for Marvel Studios to create new stories for this new version of Ajak as well as the other immortal aliens set to appear in Marvel’s Eternals. All in all, Salma Hayek’s Ajak is a welcome addition to the Marvel Cinematic Universe. And Eternals director Chloe Zhao will bring something new and exciting to the MCU.

Let us know in the comments below if you are excited to see Salma Hayek Pinault in the Marvel Universe.