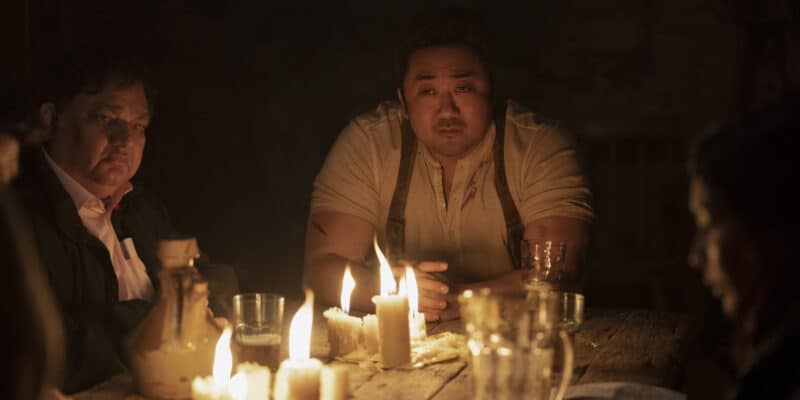 The Eternals introduced ten never-before-seen-in-the-MCU super heroes, making it one of the most ambitious Marvel movies ever made. The film weaved around centuries of human history to explore how this team of super-powered celestials chose to abstain from large conflicts such as Thanos’s attack on Earth and what their true intentions were. Chloe Zhao directed the film and used her cinematic style to create breathtaking visuals in this epic story.

Even with Eternals being praised for diversity as it had the first deaf superhero (Lauren Ridloff as Makari) and openly gay superhero (Brian Tyree Henry as Phastos), the Eternals has received backlash from fans and is one of the worst-rated MCU films on Rotten Tomatoes. Eternals is now streaming on Disney+ and will be available on 4K Blu-Ray and DVD on February 15, 2022.

One of the Eternals actors, Don Lee/Ma Dong Suk, who plays Gilgamesh, is reportedly going to reprise his role in a Marvel project set to film this summer:

The actor is currently projected to spend a busy first half of 2022, heading up promotions for his Korean films like ‘Wilderness’. Then, later this summer, Ma Dong Suk is reportedly scheduled to fly over to the U.S. once again to work on a new Marvel Studios project. So far, it’s unknown whether this project will be ‘Eternals 2’ or another MCU project.

An Eternals sequel is unlikely to begin filming this quickly without any announcement that the sequel is in development so it is likely another MCU project. Based on another source, the Marvel projects set to film in Summer 2022  are Echo, Ironheart, Armor Wars, Loki Season Two, and Blade.

Related: Who is Echo in Marvel&’s Disney+ ‘Hawkeye’ Series?

Due to Gilgamesh being killed by the Deviant, Kro, it is highly unlikely for Gilgamesh to appear in any of these projects except perhaps Loki Season 2 due to the TVA having the ability to time travel. If this is what Marvel is deciding to do, then it wouldn’t be a surprise to see other Eternals appear such as Angelina Jolie’s Thena due to the two of them living together for a long period of time. Of course, Loki could go back in time to when all of the Eternals are together, but something like that would be known sooner than later since ten high-profile actors are hard to keep secret for a cameo or small role in Loki Season Two.

Related: Marvel Signals Huge Changes For ‘What If’ Season Two

Overall, it is hard to know what Marvel project Gilgamesh will appear in, but Loki Season Two or What If Season Two seem to be the most likely options.

What project do you think we will see Gilgamesh in? Let us know in the comments below!