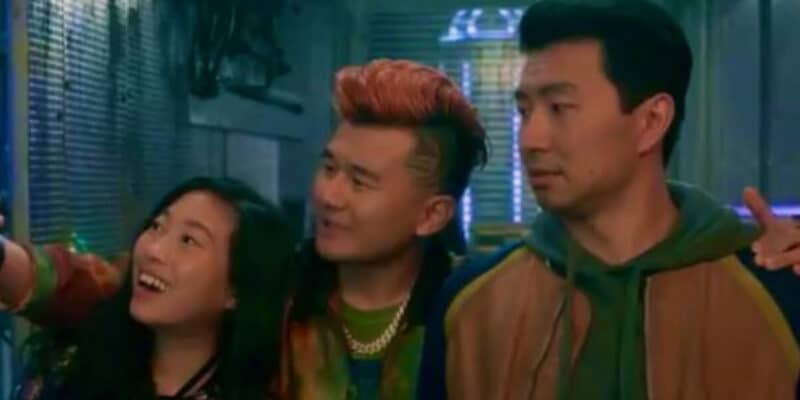 Disney has found a new star with Awkwafina, putting her in many projects recently and upcoming. This includes her voice as Sisu in Raya and the Last Dragon (2021) and as Scuttle the seagull in the live-action adaptation of The Little Mermaid (May 26, 2023). However, when Awkwafina made her debut in the Marvel Cinematic Universe in Shang-Chi and the Legends of the Ten Rings (2021), fans seemed to have had enough of her. Awkwafina stirred up controversy when fans accused her of cultural appropriation, and some planned a boycott of the first MCU movie with an Asian lead.

Awkwafina became a breakout star Awkwafina after appearing as Goh Peik Lin in Crazy Rich Asians (2018), her critically-acclaimed performance as Billy Wang in The Farewell (2019). However, she got her start as a rapper and has been accused of using a “blaccent,” a blend of the words Black and accent, is the imitation of African American Vernacular English by non-Black people. Fans have said that she used black culture as a step to her success.

When she was announced as Katy, the best friend of Shang-Chi (Simu Liu), she got into some fire for criticizing other actors for using Asian accents, and Marvel fans were quick to point out the hypocrisy.

One example is this Tweet from Mia Tsai, who said:

“awkwafina won’t do accents but will drop rap songs in a “blaccent” and won’t apologize for using it for fame. got it … that’s an interesting word choice there. “minstrel””

awkwafina won't do accents but will drop rap songs in a "blaccent" and won't apologize for using it for fame. got it

Now that Shang-Chi and the Legend of the Ten Rings is streaming on Disney+, Awkwafina has finally addressed the backlash on Twitter. The Asian American actress was born Nora Lum on June 2, 1988, just out of New York in Stony Brook, Long Island. She has dramatized her experience in the critically acclaimed Awkwafina is Nora from Queens, which is currently airing on Comedy Central. She opened up about her experience in a series of tweet images on Saturday night, saying:

“There is a sociopolitical context to everything, especially the historical context of the African American community in this country. It is a group that is disproportionately affected by institutionalized policies and law enforcement policies – all the while having historically and routinely seen their culture stolen, exploited and appropriated by the *dominant* culture for monetary gain without acknowledgment nor respect for where those roots come from, the pioneers of its beginnings and the artists that perfected and mastered the craft.

It is a problem we still see today – though some may pass if off as convoluted mixture of the ‘internet TikTok slang generation’ that liberally uses AAVE, to add that hip hop – a genre of music that is ubiquitous and beloved across the country – has now anchored itself as a mainstream genre in music history. And in life, linguistic acculturation, immigrant acculturation, and the inevitable passage of globalized internet slang all play a factor in the fine line between offense and pop culture.

As a non-black POC, I stand by the fact that I will always listen and work tirelessly to understand the history and context of AAVE, which is deemed appropriate or backwards toward the progress of ANY and EVERY marginalized group. But I must emphasize: To mock, belittle, or to be unkind in any way possible at the expense of others is: Simply. Not. My. Nature. It never has and it never was.

My immigrant background allowed me to carve an American identity off the movies and tv shows I watched, the children I went to public school with, and my undying love and respect for hip hop. I think as a group, Asian Americans are still trying to figure out what that journey means for them – what is correct and where they don’t belong. And though I’m still learning and doing that personal work, I know for sure that I want to spend the rest of my career doing nothing but uplifting our communities. We do this first by failing, learning, acknowledging, hearing and empathizing… And I will continue, tirelessly, to do just that.”

Related: “Spider-Man: No Way Home” Is Streaming Soon, But Not on Disney+

Awkwafina had remained silent about the controversy until now. And she ended the night swearing off Twitter before the premiere of her upcoming Dreamworks animated film The Bad Guys. Awkwafina revealed she received death threats and other online harassment since she joined Marvel Studios. She said:

“Well, I’ll see you in a few years, Twitter – per my therapist. To my fans, thank you for continuing to love and support someone who wishes they could be a better person for you. I apologize if I ever fell short, in anything I did. You’re in my heart always.”

“To Clarify: I am retiring from the ingrown toenail that is Twitter. Not retiring from anything else, even if I wanted to, and I didn’t drunkenly hit someone with a shoehorn and now escaping as a fugitive. Also am avail on all other socials that don’t tell you to kill yourself!”

Well, I’ll see you in a few years, Twitter – per my therapist. To my fans, thank you for continuing to love and support someone who wishes they could be a better person for you. I apologize if I ever fell short, in anything I did. You’re in my heart always ❤️

Marvel Studios’ official description of Shang-Chi and the Legend of the Ten Rings reads:

Shang-Chi and the Legend of the Ten Rings follows Shang-Chi (Simu Liu) who must confront the past he thought he left behind when he is drawn into the web of the mysterious Ten Rings organization. The film also stars Tony Leung as Wenwu, Awkwafina as Shang-Chi’s friend Katy, Michelle Yeoh as Ying Nan, Meng’er Zhang as Shang-Chi’s estranged sister Xialing, as well as Fala Chen, Sir Ben Kingsley, Florian Munteanu, and Ronny Chieng. The film is directed by Destin Daniel Cretton and produced by Kevin Feige and Jonathan Schwartz, with Louis D’Esposito, Victoria Alonso and Charles Newirth serving as executive producers. David Callaham & Destin Daniel Cretton & Andrew Lanham wrote the screenplay for the film.

It is currently available on Disney+, and it has been confirmed that Shang-Chi will be getting a sequel, but it is not clear when the characters will return next. Perhaps Simu Liu and Katy will have cameos in Doctor Strange in the Multiverse of Madness (May 6, 2022) since they were last seen with the Sorcerer Supreme Wong (Benedict Wong).

Let us know in the comments how you feel about Awkwafina’s latest comments.