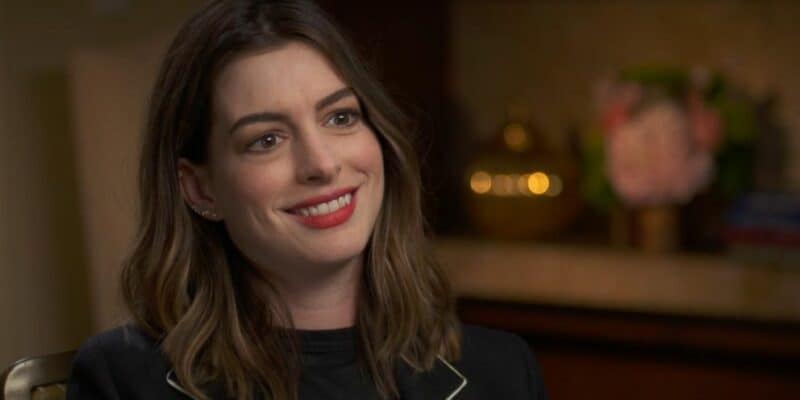 Marvel’s Phase Four has brought in a lot of new superheroes so far and reports are saying that Anne Hathaway may be joining the MCU roster.

This isn’t Anne Hathaway’s first time being involved with superheroes as she played Selina Kyle/Catwoman in Christopher Nolan’s Dark Knight Rises (2012). Her role as a burglar was fun and different from the comics as Catwoman was trying to get out of the crime world and clear her name in the film. In the comics, Selina Kyle was the mysterious thief who was smart and intelligent, but very dangerous if threatened. Hathaway’s Catwoman still followed some of the storylines from the comics as she did end up as a romantic interest for Christian Bale‘s Bruce Wayne/Batman.

In Phase Four, the MCU has already introduced many superheroes for audiences such as Shang Chi (Simu Liu), Tommy and Billy Maximoff, Monica Rambeau (Teyonah Parris), US Agent (Wyatt Russel), Red Guardian (David Harbour), Kate Bishop (Hailee Steinfeld), Echo (Alaqua Cox) and the all of the Eternals with Dane Whitman/Black Knight (Kit Harrington) and teasing Mahershala Ali’s Blade. On top of that, Marvel has brought Charlie Cox’s Daredevil and both Tobey Maguire and Andrew Garfield‘s Spider-Man. That is a lot of superheroes introduced and Phase Four plans to usher in more superheroes like the Fantastic Four, X-Men, and America Chavez (Xochitl Gomez) are going to be joining the MCU soon.

Anne Hathaway is reported by GFR to be in talks with Marvel on a new role:

While details around which (or what) character Anne Hathaway would be playing are a bit fewer and further between, it appears the two sides are getting close on whoever it is.

Of all the potential roles that Anne Hathaway could play, it makes sense that the actress would play a character from the X-Men. The X-Men is such a large group of superheroes that there are a lot of choices for Hathaway to play, but knowing that Hathaway is a well-known actress, it would make sense for her to possibly portray Rogue or Destiny. Rogue makes sense as she is one of the most powerful mutants with the ability to absorb powers from those she touches. This can give Rogue the ability to self-heal if she touches Logan/Wolverine as shown in the comics and she is one of the more prominent X-Men.

Another candidate would be Destiny as she is a mutant who is normally an antagonist for the X-Men, but her abilities allow her to predict the future which makes her a worthy adversary. Her powers let her see large events happen before they do in a vision and she can use this knowledge to guide everyone to a better alternative or worse depending on her agenda. Her role for future X-Men films could be vital as she can step in and help be a guide or use her ability to predict every move made by the X-Men and easily defeat them.

In the end, it is hard to pinpoint what role Anne Hathaway will be, but it will most likely be one of the X-Men.

Who do you think Anne Hathaway will be? Let us know in the comments below!

We probably won’t figure out who Anne Hathaway’s character is for a while, but there are still many things to look forward to in the Marvel Cinematic Universe. On Disney+  you can expect Moon Knight on March 30, Ms. Marvel in Summer 2022, and She-Hulk to debut this year. For movies, Doctor Strange in the Multiverse of Madness comes out on May 6, followed by Thor: Love and Thunder on July 8, and Black Panther: Wakanda Forever on November 11.

Comments Off on Marvel Attempting To Steal Anne Hathaway From DC