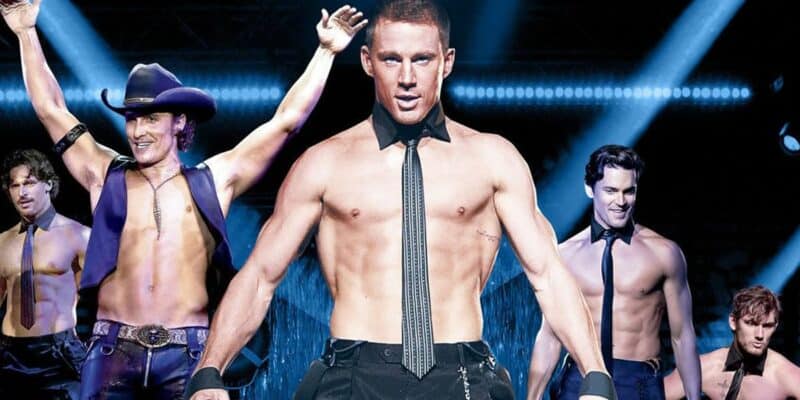 Channing Tatum (Magic Mike, 21 Jump Street) is known for a lot of things — his heartthrob good looks and his ex-wife Jenna Dewan, for example — but one thing the actor isn’t famous for is his Marvel movie that never was.

Related: Johnny Depp Had One Condition For Major Movie Cameo

Recently, Tatum sat down with Variety to discuss Gambit, a film he and producer Reid Carolin, spent four years developing about the famed X-Men villain.

Tatum shared that the super hero movie had been greenlit by 20th Century Fox in 2016, but things got complicated when he and Carolin were both vying for the director’s chair:

“The studio really didn’t want us to direct it. They wanted anybody but us, essentially, because we had never directed anything.”

While negotiations continued, Tatum realized that he was so passionate about the script that he was willing to give up his dream of directing. Even now, in his recent interview, he couldn’t help but gush over Gambit, disagreeing with the studio’s description of the character as “flamboyant”:

“They would call him ‘flamboyant’ in his description. I wouldn’t — he was just the coolest person. He could pull anything off. Most superheroes, their outfits are utilitarian. Batman’s got his belt. Gambit’s like, ‘No, this shit’s just fly, bro! This sh** walked down the Paris runway last year.’ He’s just wearing the stuff that’s so dope because he loves fashion.”

Eventually, when The Walt Disney Company purchased 20th Century Fox — renaming it 20th Century Studios — in 2019, Tatum and Carolin’s project was scrapped. The duo was “devastated,” according to Variety‘s article.

Carolin shared, “We were right on the one-yard line. We had cast the film. We’d opened up a production office. We were on our way to shoot in New Orleans.”

Tatum added that he could no longer watch Marvel movies, including Avengers projects, because of the experience:

“I was so traumatized. I shut off my Marvel machine. I haven’t been able to see any of the movies. I loved that character. It was just too sad. It was like losing a friend because I was so ready to play him.”

Both Carolin and Tatum hold out hope that, someday, Gambit — which was set to be an R-rated Deadpool-style super hero comic romance — could make it to the silver screen on Disney’s watch. Carolin noted, “I wish they would reconsider, because it’s a pretty great project. Maybe someday.”

Tatum and Carolin’s first co-directed movie, Dog, is set to hit theaters on February 18, 2022. Fans can also look forward to the conclusion of Tatum’s popular Magic Mike series with Magic Mike’s Last Dance, which is currently in pre-production.

Remy LeBeau has always straddled the line between his past and present life. Raised in the Thieves Guild of New Orleans, the Cajun was trained from childhood to be a perfect thief – illusive and charming. With the ability to charge objects with explosive energy, Gambit can turn a deck of cards into a loaded weapon. As an X-Man, he seeks redemption for sins past by playing an unlikely role – hero.

At this time, it is unknown when the X-Men will make their official debut in Kevin Feige’s Marvel Cinematic Universe. However, rumors abound that some characters, including Hugh Jackman’s Logan/Wolverine, will make their MCU debuts in Doctor Strange In the Multiverse of Madness alongside Benedict Cumberbatch (Doctor Stephen Strange) and Elizabeth Olsen (Wanda Maximoff/Scarlet Witch) when it hits theaters on May 6, 2022.

What do you think about Channing Tatum being too traumatized to watch Marvel movies?