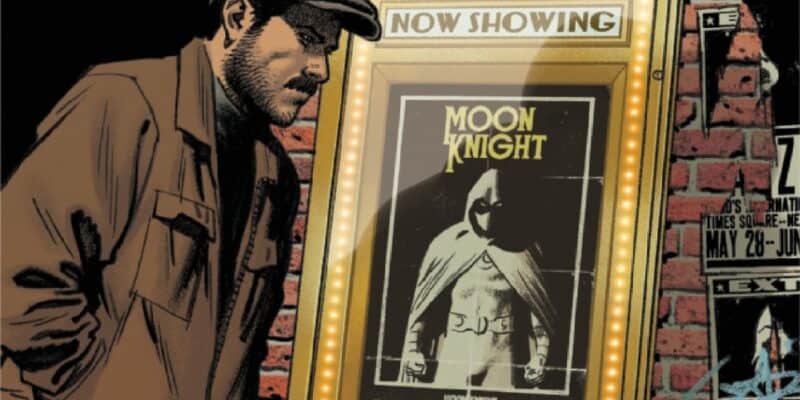 We all know that the Super Bowl is watched by tens of millions of Americans — and, this year, there is speculation that Marvel Cinematic Universe fans will want to pay especially close attention during the NFL’s biggest game.

Rumors abound that a new Moon Knight trailer, as well as another trailer for Doctor Strange in the Multiverse of Madness (2022) will be shown during Super Bowl LVI, which makes sense since the popular sporting event is known for its commercials.

The report that both trailers will drop next Sunday, February 13, makes sense as marketing for both projects has been ramping up.

Moon Knight debuts on March 30, 2022, so it serves to reason that the next month or so will see a huge amount of advertising for the Oscar Isaac-led series. As for Doctor Strange In the Multiverse of Madness, its May release date makes it the next big theatrical release for the MCU.

No major studio, including Marvel Studios, has announced a trailer to be shown at the Super Bowl, however.

Related:Doctor Strange’s Replacement Is Already In the MCU

On top of this, it wouldn’t be a surprise to see a teaser trailer for Thor: Love and Thunder as the new Marvel film will come out later this summer and there is a lot of speculation that Obi-Wan Kenobi will release in May leaving there to be a good chance for a trailer to debut during the Superbowl for fans to see. Disney usually has a presence at the Super Bowl so fans should be confident that something new will be shown for the Marvel Cinematic Universe.

Related:‘Moon Knight’ Star Barely Made It Into the MCU

Doctor Strange in the Multiverse of Madness stars Benedict Cumberbatch as Stephen Strange/Doctor Strange and has asked the Scarlet Witch/Wanda Maximoff (Elizabeth Olsen) to join him as he begins to unravel what is truly happening with the multiverse as it seems the once Sorcerer Supreme doesn’t know what to expect or who to trust. America Chavez will be joining the MCU who is played by Xochitl Gomez as well as the new Sorcerer Supreme Wong (Benedict Wong). Another returning character from the first movie is Mordo (Chiwetel Ejiofor), with rumors of many more cameos appearing.

Multiverse of Madness releases in theaters on May 6, 2022.

Will you be watching the Super Bowl this year? Let us know in the comments below!