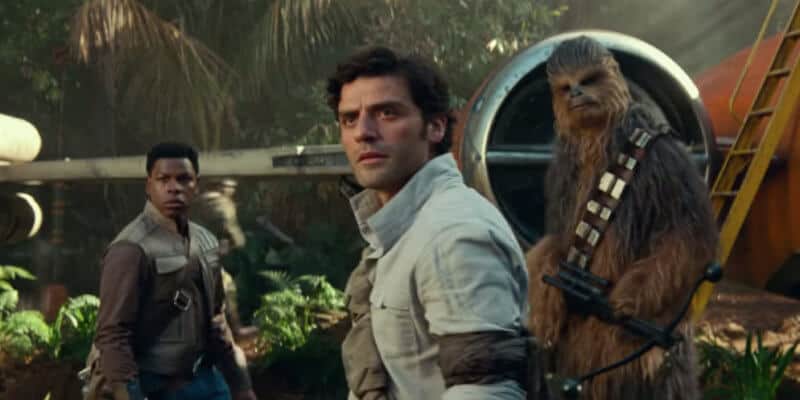 This year Kevin Feige and company will use their new streaming platform to introduce a new character that MCU fans have never met before. This includes Kamala Khan/Ms. Marvel (Iman Vellani) and their next series Moon Knight, will introduce one of the most complex characters in Marvel Comics, played by Star Wars actor Oscar Isaac (Poe Dameron).

Who will Oscar Isaac play in Marvel’s Moon Knight?

The question should be who Oscar Isaac will not be playing in Moon Knight on Disney+. Moon Knight is different from the rest of Earth’s Mightiest Heroes due to his unstable mental state. He has dissociative identity disorder (incorrectly referred to as schizophrenia in some stories). Dissociative identity disorder, also known as multiple personality disorder, is a mental disorder characterized by the maintenance of at least two distinct and relatively enduring personality states.

This means that Moon Knight has other personalities, known as alters, who manifest and take control of his body. Each of Moon Knight’s alters has their own thoughts and histories and takes control which causes memory gaps for each other. The result is that Moon Knight is the most unreliable narrator in Marvel Comics.

In Marvel Comics, the main alter that serves as the entry point for the reader is Marc Spector. But based on the Moon Knight trailer, this has been switched up so that the main alter will be Steven Grant. Other personalities that show up in the Marvel Comics include Moon Knight, Jake Lockley, and Mr. Knight, who is his own unique alter separate from Moon Knight.

Oscar Isaac will take on all five of the unique personalities in Marvel Studios’ next series. So, if Marvel fans want to be able to follow what each alter is doing, now is the time to learn about each of Moon Knight’s personalities in this guide.

Who is Moon Knight?

Moon Knight is the vigilante personality, also known as the fist of Khonshu. Originally, he was conceived as the alter-ego of Marc Spector, much like other Avengers such as T’Challa/Black Panther. This was later retconned to be that Moon Knight is his own unique identity, sworn to serve Khonshu for eternity.

He first appeared in Werewolf by Night #32 (1975) by Doug Moench and Don Perlin. In Marvel Comics canon, this personality first appeared after Marc Spector “died” at the feet of a statue of the Egyptian Moon God Khonshu. According to Marc, Khonshu saved resurrected him, and he dedicated his life to serving Khonshu. According to Marc’s therapist, the traumatic event of nearly dying caused the new personality to emerge.

However, Marc’s dissociative identity disorder was recently called into question in Moon Knight Vol. 7 #2 (2014) by Warren Ellis. Marc discovered that his alters could actually result from Khonshu’s presence in his mind. Khonshu has four aspects: Pathfinder, Embracer, Defender, and the Watcher of Overnight Travelers. These aspects became the alter personalities after Khonshu colonized his mind.

Each alter brings their own skills to Moon Knight. Marc Spector is a master martial artist, marksman and is multilingual. After he was brought back to life by the moon god Khonshu, Marc’s brain was enhanced, and he could resist telepathic attacks.

Khonshu has resurrected Moon Knight at least three times, and it seems that if the pact he made to serve Khonshu remains, then Moon Knight is essentially immortal. He has lunar strength, which allows him to draw power from the moon and enhances his strength at night, especially during a Supermoon.

Who is Steven Grant?

In Marvel Comics, Steven Grant was the first personality that appeared. Marc Spector believed his childhood friend grew up to become a Wall Street millionaire who funds Moon Knight’s vigilante endeavors. He opened a film studio to grow his wealth and develop connections.

However, the Marvel Cinematic Universe’s version of Moon Knight will put Steven Grant front and center while changing his back story. Marvel Studios described Grant as”

“Steven Grant, a mild-mannered gift-shop employee, who becomes plagued with blackouts and memories of another life. Steven discovers he has dissociative identity disorder and shares a body with mercenary Marc Spector.”

It seems that the MCU will be combining the Steven Grant personality with some aspects of the Jake Lockley alter, who has not been confirmed to appear yet.

It has also thrown Marvel Comics fans for a loop as the version of Moon Knight they are familiar with the prominent personality was Marc Spector, a Jewish character, and Marvel Studios has yet to reveal if this will remain in the MCU. This has reinvigorated claims that the Marvel Movies have been erasing the Jewish heritage of many characters.

Who is Marc Spector?

In Marvel Comics, Marc Spector is the original identity. He was born in Chicago and raised by a rabbi. His Jewish heritage played into his origin story. Despite being raised by a rabbi and believing he is working for an Egyptian God, Spector is actually an avowed atheist.

In Moon Knight #194-199 (2018) by Max Bemis and Ty Templeton, Spector’s heritage was a crucial part of the plot. He learned that the man he thought of as his uncle, Yitz Perlman was actually a Nazi soldier named Ernst who was killing Jewish people to extend his life.

Marc Spector became a Marine and eventually a CIA agent but was dishonorably discharged when the military discovered his Dissociative Identity Disorder. Because of his mental instability, he could only work as a mercenary.

Raul Bushman killed him on a mission in the tomb of Khonshu. Spector’s made a pact with the Moon God, who resurrected him in exchange for his eternal service. Moon Knight would serve Khonshu and take on threats like Shadowknight/Randall Spector, his brother.

Who is Jake Lockley?

Jake Lockley appears the least of the five alters of Moon Knight. He the second personality to manifest in Marc’s mind. He works as an investigator for Moon Knight while working as a New York City taxicab driver. Lockley became the dominant personality after one of Moon Knight’s deaths at the hands of the Thunderbolts.

Jake Lockley does not like Moon Knight’s violent tendencies, and while he was in charge, he tried to retire and relocate to Mexico. When he is forced to return to New York, he vows to stop killing his enemies even as Khonshu goads him to relapse.

Who is Mr. Knight?

Mr. Knight is a newer alter. He dresses in all white, including a bespoke suit. He first appeared in Secret Avengers #19 (2014) by Warren Ellis before becoming a significant part of Moon Knight Vol. 7. He is separate from the other masked vigilante identity of Moon Knight.

In the current run of Moon Knight comics by Jed MacKay and Alessandro Cappuccio, Mr. Knight opened the Midnight Mission to offer protection from the “weird and horrible.” He has quickly become one of the most popular identities and is the one who continues to go to therapy.

While Khonshu is not one of the alters inside Marc Spector’s mind, the powerful god has taken up residence inside his servant. He has taken over Marc’s body when he wanted to become an Avenger. Inside of Marc’s head, he takes the image of a man with a gigantic bird skull for a head and wielding a crescent moon staff.

In Marvel Comics, Khonshu is the God of the Moon, God of Vengeance, and the Shepherd of to the Lost. He was described as the “Greatest God of the Great Gods.” He is one of the Elder Gods of the Marvel Universe. He has bestowed some of his powers in objects on Earth, such as Ankhs, for Moon Knight to use on his behalf.

Moon Knight is coming to Disney+ on March 30. It will star Oscar Isaac as Steven Grant, Marc Spector, and Moon Knight, as well as possibly Jake Lockley and Mister Knight. Ethan Hawke will join the MCU as Arthur Harrow, an antagonist working with OMNIUM. May Calamawy (Ramy) is also playing an unnamed role. Directed by Mohamed Diab, the official synopsis of Moon Knight from Marvel reads:

Moon Knight will be followed up by Doctor Strange in the Multiverse of Madness, releasing in theaters on May 6, 2022.

Let us know in the comments if you are ready for Oscar Isaac’s third Marvel appearance following his appearance as Apocalypse in X-Men: Apocalypse (2016) and Miguel O’Hara/ Spider-Man 2099 in Spider-Man: Into the Spider-Verse (2018).