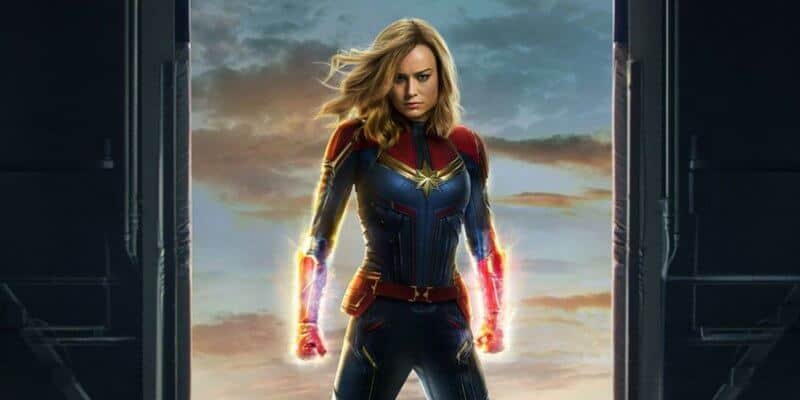 When the Marvel Cinematic Universe first landed back in 2008 with Iron Man, no one could have predicted that, within 14 years, the franchise would have quickly overtaken multi-movie franchises like James Bond in terms of quantity (which even then was 21-films strong!).

With 29 movies to its name, the MCU is one of the most impressive franchises. The MCU has given us some truly great entries, with the likes of Guardians of the Galaxy (2014), Captain America: Civil War (2016), Avengers: Endgame (2019), and Spider-Man: No Way Home being among the best. But has it all been that great?

As with any movie franchise, the MCU isn’t immune to its fair share of stinkers. And while even some of its worst entries aren’t that bad, we’d be lying if we said there aren’t some we wish we could make disappear with the snap of our fingers!

So get the Infinity Gauntlet ready, because here are the seven worst movies in the MCU (so far)…

If we were talking about MCU movies that stand out like a sore thumb, The Incredible Hulk (2008) would be at the top of that list. We’re not suggesting that this is one of the worst because it stars Edward Norton and not Mark Ruffalo as Dr. Bruce Banner, or that the Hulk looks completely different, but the fact is that it doesn’t really feel like it’s part of the MCU.

On the other hand, The Incredible Hulk can be enjoyed on its own merits, and is at least more entertaining than Ang-Lee’s Hulk (2003). Nevertheless, besides seeing Hulk smash things up and throw down with Abomination (Tim Roth) in the third act, the MCU’s second entry leaves a lot to be desired. The secret ending with Iron Man (Robert Downey Jr) is pretty cool, though.

Following up Iron Man (2008) was never going to be an easy task, even if the original itself isn’t a flawless movie (awesome, of course, but it would set the stage for things to come where MCU’s overwhelming number of generic villains is concerned). And while Iron Man 2 (2010) is hardly awful, it’s still one of the worst MCU movies to date.

Director Jon Favreau returns to the director’s chair as Tony Stark faces a new threat in the form of Mickey Rourke’s Whiplash. Iron Man 2 gets a few things right, as it introduces Natasha Romanoff AKA Black Widow (Scarlett Johansson), while Sam Rockwell’s Justin Hammer is pretty hilarious. Unfortunately, it’s all a bit of a mess, and a huge downgrade from the first movie.

The first round of sequels to the original set of Phase One MCU movies didn’t really get off to a great start (with the exception of 2014’s Captain America: Winter Soldier, of course), with Thor: The Dark World (2013) being pretty much in line with the previous year’s Iron Man 2. However, two words that aren’t often used to describe the Iron Man sequel are ‘boring’ and ‘dull’.

The Dark World has a few redeeming features, though, with the chemistry between Thor (Chris Hemsworth) and Loki (Tom Hiddleston) being one of them. Jane Foster (Natalie Portman), however, feels completely redundant, while Malekith the Accursed (Christopher Eccelston) is such a forgettable villain, that you’d probably forget to even include him on such a list.

Another MCU juggernaut that was tough to follow up was Marvel’s Avengers (2012), or Marvel’s Avengers Assemble, as it’s also known. In hindsight, the first outing for Earth’s Mightiest Heroes pales in comparison to the likes of Avengers: Infinity War (2018) and Avengers: Endgame, but at the time, it was a movie the likes of which had never been seen before.

Joss Whedon returned to helm the hugely-anticipated follow-up, Avengers: Age of Ultron (2015), but sadly, the sequel lacks the charm of its predecessor (with the titular villain being equally lackluster), while also shoehorning in more characters than it can handle. One of the few positives, though, is that the story would pave the way for Captain America: Civil War.

Guardians of the Galaxy (2014), the tenth MCU movie at the time of its release, was a surprise hit, yet it was the first in the series whose source material was very obscure (which obviously is no longer the case). Nowadays, we can’t recall a time when we weren’t familiar with the likes of Groot (Vin Diesel), Rocket (Bradley Cooper), and Peter Quill (Chris Pratt)!

Despite high expectations, James Gunn’s sequel is nowhere near as refined or as neatly-packaged as the first movie, and tries way too hard to dial things up. The original, along with its infectious soundtrack, was lightning in a bottle, and it’s plain to see that they tried to catch that same bolt again with Guardians of the Galaxy Vol. 2 (2017), but just kept on missing.

Let it be said that when it comes to some of the movies on this list, we don’t necessarily think they’re bad per se — just the worst of the MCU. Something has to go at the bottom, right? Well, the same can be said about Captain Marvel (2019), which, perhaps due to lots of controversy surrounding Brie Larson (Carol Danvers) at the time, was a movie many wanted to fail.

But even if an actor damages a film’s success, it has very little to do with the quality of the film itself. In this case, Captain Marvel isn’t a total disaster, but it’s easily one of the most generic and stock MCU movies of all. An impressively de-aged Nick Fury (Samuel L Jackson) is fun to watch, but the titular superhero can’t quite decide between charismatic or stoic.

While we haven’t listed these movies in any particular order, Eternals (2021) definitely deserves the top spot (or the bottom, however you choose to look at it). The 26th movie in the MCU franchise boasts an enormous cast, which includes Angelina Jolie (Thena), Salma Hayek (Ajak), and Kumail Nanjiani (Kingo). But if you’ve not yet seen the movie, don’t let that fool you.

Eternals definitely breaks new ground for the MCU, as it’s considered something of a flop within the franchise. And it’s really no surprise — dull, bloated, derivative, and generic, Chloé Zhao’s Eternals one of the most excruciatingly-boring superhero movies imaginable, with characters who appear both tired and uninspired. And don’t get us started on that mid-credits scene…

Which MCU movies do you think are the worst?