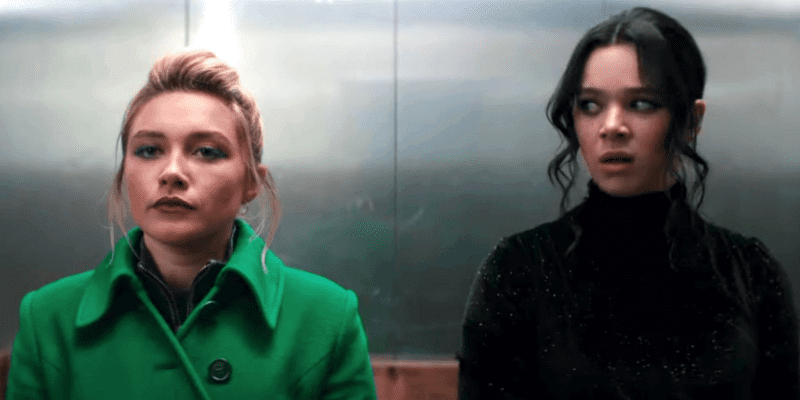 Marvel fans eager for more Hawkeye will have to wait a bit longer than expected. Disney announced that an exclusive behind-the-scenes special based on the Marvel series has been delayed.

While some Marvel fans felt the Hawkeye series got off to a slow start, many felt the show found its footing in the street-level storylines, and gritty action featured in the Clint Barton limited series. Opposite Jeremy Renner’s Barton, series standout and Marvel Cinematic Universe newcomer Hailee Steinfeld made her mark as Hawkeye protege, Kate Bishop.

The show also filled out the cast with some surprising actors that lit up the Twitter-verse. Adding fan-favorite Black Widow (2021) actress, Florence Plough as Yelena Belova — as well as the revival of Kingpin (Vincent D’Onofrio) from the canceled Netflix Daredevil series — were examples of inspired, crowd-pleasing MCU stunt casting.

The previously announced behind-the-scenes look at the series — Marvel Studios: Assembled – The Making of Hawkeye — has been bumped from its original Disney+ premiere date of January 19 to February 9. The special will be the latest entry in the Assembled documentary series, joining others that gave in-depth looks at Marvel series like Loki and What If…?  — and films like Shang-Chi and The Legend of The Ten Rings (2021), and Black Widow.

“ASSEMBLED is a comprehensive series of documentary-style specials streaming on Disney+ that chronicles the creation of Marvel Studios’ thrilling new shows and theatrical releases. Journey behind-the-scenes of productions such as WandaVision, The Falcon and The Winter Soldier, and Loki via exclusive on-set footage. Join filmmakers and stars like Scarlett Johansson and Jeremy Renner as they detail the genesis of the Black Widow film, and the Hawkeye series. ASSEMBLED is an immersive, and in-depth examination of the next phase of the Marvel Cinematic Universe.”

An Assembled episode featuring Chloe Zhao’s Eternals (2021) will also hit the streamer in February — debuting the following week on February 16. The addition of these two Marvel Studios specials looks to fortify the Disney+ release schedule for February as the service aims to attract more subscribers by beefing up the production of marquee IP content.

The next big Disney+ series from Marvel is not far off. Moon Knight starring Oscar Isaac, begins streaming on March 30.

Are you excited for more Hawkeye? Let us know the comments!

Comments Off on Marvel Studios’ ‘Hawkeye’ Follow-Up Delayed at Disney+