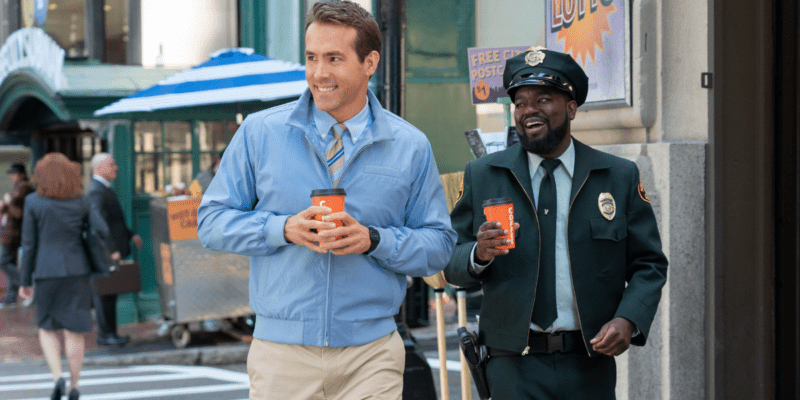 What’s coming to Disney+ in February 2022? February will feature the final two episodes of the limited series Star Wars: The Book of Boba Fett, starring Temura Morrison as the infamous, death-cheating bounty hunter and Ming-Na Wen as loyal comrade in arms, Fennec Shand. Fans will also be treated to the premiere of the action-comedy movie Free Guy (2021), starring Deadpool actor Ryan Reynolds and Thor: Love and Thunder (2022) director Taika Waititi. Disney fans with little ones can also expect to stream episodes of the new series premiere of a Disney Junior series based on characters from Walt Disney Productions classic Alice in Wonderland (1951).

Read on to learn about all the great content hitting Disney+ in February 2022, and check back for updates and announcements as they become available!

Star Wars: The Book of Boba Fett — Wednesdays in February

When is The Book of Boba Fett finale?

Star Wars fans have been eager to feast their eyes on the next chapter of Star Wars stories from the team behind The Mandalorian starring Pedro Pascal since the thrilling conclusion of the smash-hit series’ second season in December 2020. The Mandalorian season 2 finale’s rousing post-credits announcement of new series The Book of Boba Fett from Robert Rodriguez, Dave Filoni, and Jon Favreau supercharged Star Wars fan expectations for a deep-dive into the Sarlacc Pit.

Related: Reactions Roll In For ‘Book of Boba Fett’,”Nothing Happened” Despite Hype

The surprisingly brief debut episode of Book of Boba Fett received mixed reviews from critics and audiences alike. Despite a somewhat slow start, Star Wars fans are hopeful the series will lead to something big, like its spiritual predecessor, The Mandalorian. The official synopsis of the series from Star Wars:

“The Book of Boba Fett, a thrilling Star Wars adventure, finds legendary bounty hunter Boba Fett and mercenary Fennec Shand navigating the galaxy’s underworld when they return to the sands of Tatooine to stake their claim on the territory once ruled by Jabba the Hutt and his crime syndicate.”

The Disney Junior series debuted the first 11 episodes on Disney+ last summer, and now four new episodes will be added for your little ones to enjoy.

“The Chicken Squad” follows Coop, Little Boo and Sweetie—a trio of young chicken siblings—and Captain Tully, a seasoned watchdog, who use teamwork and critical thinking skills to solve problems in the neighborhood and keep the peace in their backyard.”

Marvel Studios: Assembled – The Making of Hawkeye had a previously announced premiere date of January 19. The behind-the-scenes look at the Marvel Studios series starring Jeremy Renner as Clint Barton and Hailee Steinfeld as Kate Bishop has been delayed slightly — with a new premiere date of February 9. The special will be the latest chapter in the Assembled documentary series. The episode joins the in-depth looks at other Marvel favorites like Loki and What If…?  — and films like Shang-Chi and The Legend of The Ten Rings (2021), and Black Widow.

Disney Junior will launch a new series based on characters from the classic 1951 animated feature film Alice in Wonderland from Walt Disney Productions. The series follows the adventures of the great-granddaughter of the original Alice, who creates an assortment of magical cakes and tasty baked goods alongside familiar Wonderland characters. The voice cast includes funnyman Craig Ferguson as Doorknob, Scrubs actor Donald Faison as Harry the March Hare, Max Mittelman as Cheshire Cat, Eden Espinosa as the Queen of Hearts, and Libby Rue as Alice.

The stacked supporting cast includes Vanessa Bayer and Bobby Moynihan as Tweedle Do and Tweedle Don’t, Lamorne Morris as Dandy, Rich Sommer as Captain Dodo, Jon Secada as the King of Hearts, Yvette Nicole Brown as Mama Rabbit, Ana Gasteyer as Kiki, Matthew Moy as David of Spades, and Lesley Nicol as Iris.

Watch the trailer from the new Disney Junior series here:

“Each episode of Alice’s Wonderland Bakery will feature two 11-minute stories that detail Alice’s recipe adventures with her best pals—Fergie (Jack Stanton), a white rabbit; Hattie (CJ Uy), her madcap friend; and Rosa (Abigail Estella), the Princess of Hearts. The series, which is geared to kids ages 2–7 and their families, will celebrate the culture and creativity of food, highlight self-expression and impart age-appropriate social and emotional lessons about friendship, collaboration and community.”

The polarizing film from Academy Award-winning director Chloe Zhao has had huge viewership numbers for Disney+ since debuting in January. The second Assembled episode to hit the streamer in February 2022 after the Hawkeye special, the Eternals entry will give fans a chance to see what went into bringing the ensemble epic to life.

The Assembled series description, from Disney+:

“ASSEMBLED is a comprehensive series of documentary-style specials streaming on Disney+ that chronicles the creation of Marvel Studios’ thrilling new shows and theatrical releases. Journey behind-the-scenes of productions such as WandaVision, The Falcon and The Winter Soldier, and Loki via exclusive on-set footage. Join filmmakers and stars like Scarlett Johansson and Jeremy Renner as they detail the genesis of the Black Widow film, and the Hawkeye series. ASSEMBLED is an immersive, and in-depth examination of the next phase of the Marvel Cinematic Universe.”

When can Disney+ subscribers stream Free Guy for free?

Disney+ subscribers can stream the hit comedy Free Guy from director Shawn Levy beginning on February 23, 2022, at no additional charge.

The official synopsis of Free Guy from 20th Century Studios:

“A bank teller (Ryan Reynolds) discovers he is actually a background player in an open-world video game, and decides to become the hero of his own story. Now, in a world where there are no limits, he is determined to be the guy who saves his world his way before it’s too late.”

The Wonderful World of Mickey Mouse was renewed for a second season last year — in the form of four “extended length specials” themed to each season. The “Winter” episode will premiere in February. Watch the trailer below for Mickey’s “Winter Checklist.”

An original series based on the beloved 2001 cartoon, Louder and Prouder picks up where The Proud Family left off.

“A continuation of the acclaimed series, “The Proud Family: Louder and Prouder” follows the adventures and misadventures of newly 14-year-old Penny Proud and her Proud Family as they navigate modern life with hilarity and heart. The 2020s bring new career highs for mom Trudy, wilder dreams for dad Oscar and new challenges for Penny, including a socially woke neighbor who thinks she has a lot to teach her, bullying social media influencers who want to cancel her and her own teenage hormones. Penny’s friends return, including Dijonay, LaCienega, Zoey, and Michael. Penny’s Suga Mama also returns, ready as ever to dispense tough love or a gentle hand whenever Penny needs it. Among the new faces are Maya and KG, new kids who not only have to deal with the struggles of being the new kid but also have two dads, a first for Smithville.”

Watch the trailer below:

What February 2022 Disney+ release are you most excited to watch? Let us know in the comments!