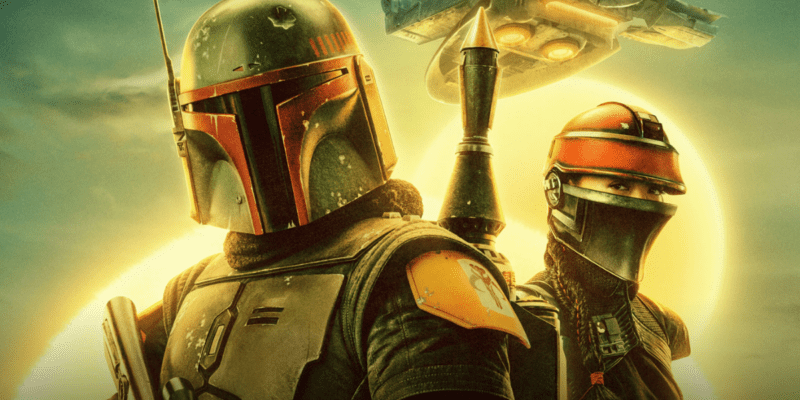 What’s coming to Disney+ in January 2022? Get ready to kick off the new year of streaming content with some of Disney’s hottest properties — Star Wars and the Marvel Cinematic Universe. Star Wars: The Book of Boba Fett from The Mandalorian brain trust Dave Filoni and Jon Favreau premieres December 29, 2021, and will run all month long before ending season one on February 9, 2022.

Reports also indicate that the latest theatrical release from Marvel Studios — Eternals (2021) — will hit the service in January, following the film’s exclusive theatrical run. Read on for the complete rundown of everything coming to Disney+ in January 2022 — and check back here for updates as Disney announces more content!

Star Wars: The Book of Boba Fett — Wednesdays in January

Star Wars fans are eager to get back to the galaxy of The Mandalorian, and they’ll soon get that chance. When Boba Fett (Temuera Morrison) appeared in The Mandalorian season two episode “The Tragedy,” the bounty hunter electrified fans of the original trilogy and prequel trilogy alike. With Ming-Na Wen’s Fennec Shand at his side, Boba Fett is ready to take his rightful place as the baddest bounty hunter in the Outer Rim.

The Book of Boba Fett will air seven episodes, with the bulk of the season — 4 episodes — premiering Wednesdays in January.

“The Book of Boba Fett, a thrilling Star Wars adventure, finds legendary bounty hunter Boba Fett and mercenary Fennec Shand navigating the galaxy’s underworld when they return to the sands of Tatooine to stake their claim on the territory once ruled by Jabba the Hutt and his crime syndicate.

Disney has yet to confirm this release date officially. However, a report from Streaming Guider states that Marvel Studios’ Eternals from director Chloe Zhao will be available to Disney+ subscribers starting on January 12, 2022, at no additional charge. That means subscribers can view Eternals beginning on that date without paying a Premier Access charge.

Before Eternals, Marvel’s most recent feature theatrical release was the hit Shang-Chi and the Legend of the Ten Rings (2021). Following an exclusive 45-day theatrical run, Shang-Chi — starring Simu Liu and Awkwafina — landed on Disney+. Eternals also has guaranteed theater chains an exclusive 45-day window which would actually conclude in late December 2021. Though, it looks like Disney will hold off on releasing the controversial MCU ensemble epic until 2022.

Related: How To Watch ‘Ron’s Gone Wrong’ For Free

The World According to Jeff Goldblum, Season 2, Part 2 — January 19

The stylish documentary series hosted by the spellbinding celebrity Jeff Goldblum returns with the final five episodes of Season 2 on January 19. Disney+ launched the first half of Season 2 from National Geographic on Disney+ Day, November 12.

Jeff Goldblum is back — and he’s as curious as ever. In this season of “The World According to Jeff Goldblum,” Jeff uncovers surprising secrets behind a whole new host of topics — including DOGS, MAGIC, FIREWORKS, MONSTERS and MOTORCYCLES. While meeting a new cast of fantastic characters, from passionate fans to experts unveiling life-changing new technology, Jeff discovers just how these topics have shaped the world we live in.

The sixth installment of the Ice Age franchise — which began back in 2002 — is coming to audiences as a Disney+ original movie! After gaining the 20th Century Studios property in the Fox acquisition, Disney Animation Studios created the film for the streamer.

The official synopsis from Disney:

“The Ice Age Adventures of Buck Wild” continues the hilarious escapades of everyone’s favorite prehistoric mammals. Desperate for some distance from their older sister Ellie, the thrill-seeking possum brothers Crash and Eddie set out to find a place of their own, but quickly find themselves trapped in a massive cave underground. They are rescued by the one-eyed, adventure-loving, dinosaur-hunting weasel, Buck Wild, and together they must face the unruly dinosaurs who inhabit the Lost World.”

Check back with Inside The Magic as Disney updates their release schedule for January 2022!

What are you most excited to watch on Disney+ in January 2022? Let us know in the comments!