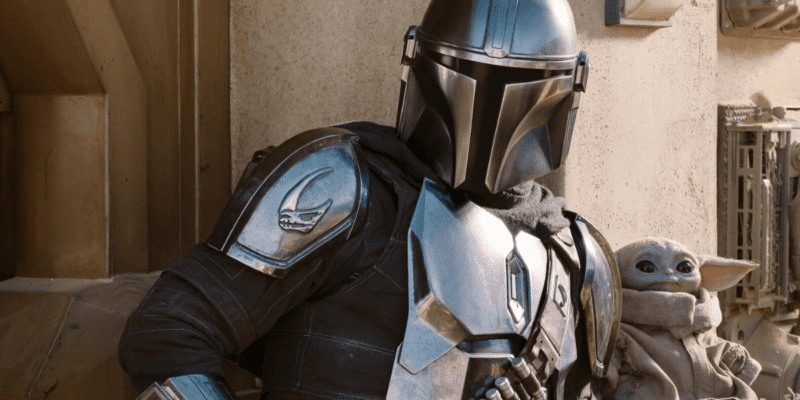 Where are all those upcharges for amenities like Individual Lightning Lane and Genie+ at Dinsey Parks going? According to Disney’s 2022 budget, it looks like a good portion of that cash may be dedicated to cranking out new streaming content for Disney+ — to the tune of a whopping $33 billion.

Disney revealed their plan to use an onslaught of IP to overwhelm the public with fresh content they can’t help but subscribe to in a recent SEC filing. Disney will increase their steaming content budget by $8 Billion — from $25 Billion in 2021 to $33 Billion in 2022. The plan is an aggressive increase intended to separate Disney from its streaming rivals and drive new subscribers to Disney+. For comparison, the current streaming subscription leader Netflix spent $14 Billion on content in 2021.

The SEC filing (via Collider) stated:

“The increase is driven by higher spend to support our DTC expansion and generally assumes no significant disruptions to production due to COVID-19.”

Disney’s Q4 earnings call earlier this month revealed slower than expected growth in Disney+ subscriber numbers. While the Walt Dinsey Company added 2.1 million new Disney+ subscribers in 2021’s fourth quarter — bringing that count to roughly 118 million — this growth did not meet the robust growth expected by Wall Street. Bullish analysts predicted Disney+ to be at about 125 million subscribers by this time.

CEO Bob Chapek said the current numbers were in line with Disney’s own projections, placing them on track to be the biggest streamer in the game — ahead of competitors like Amazon Prime and Netflix — by the end of 2024, saying:

“We’re confident that we are in the right trajectory to achieve the guidance that we provided at last year’s investor’s day reaching between 230 and 260 million paid Disney+ subscribers globally by the end of fiscal year 2024 and with Disney+ achieving profitability that same year.”

Related: ‘WandaVision’: Agatha Is One of Disney’s SEVEN Grammy Nominations

While the SEC filing didn’t outline exactly how the billions would be allocated in the streaming content area, Disney did provide some broader strokes. Walt Disney Co. will debut 50+ new movies total — including theatrical and streaming content combined. These films will premiere as part of Disney Studios — which includes the stacked portfolio of Marvel Studios, Lucasfilm, Pixar, Walt Disney Pictures, and Twentieth Century Studios, acquired from Fox in 2018.

Related: “Wept Like a Baby”: First Reviews Are In For Disney’s ‘Encanto’

Are you ready for even more awesome content on Disney+? Let us know in the comments!