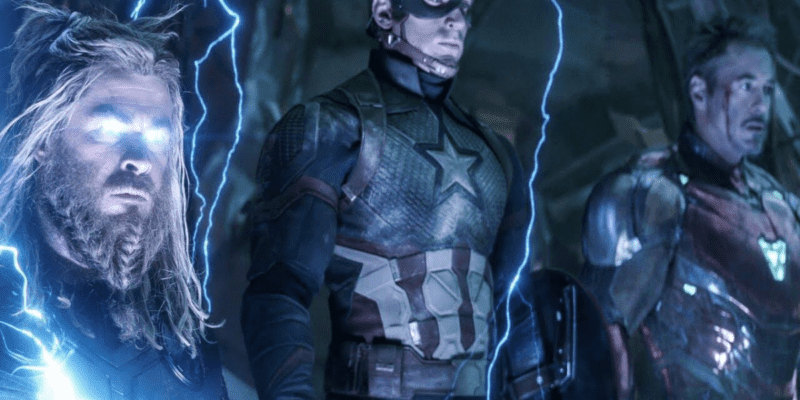 Every Marvel fan lost their mind over the three-hour Marvel movie that showcased more heroes and villains than ever before. Since the beginning, Marvel head Kevin Feige was pulling the strings for the film, even campaigning for the original Avengers to all die in Endgame. Directors Joe and Anthony Russo had something else to say:

“Kevin’s initial pitch was that it was ‘Toy Story 3’ — a ‘they’re all gonna jump into a furnace together’ concept.”

In the new book The Story of Marvel Studios: The Making of the Marvel Cinematic Universe by Tara Bennett and Paul Terry, it’s revealed that Avengers: Infinity War (2018) co-director Joe Russo pushed back on Feige’s idea, stating that there would not have been enough time in the movie to honor all six heroes.

Russo also advocated for Marvel fans, knowing they would not process the loss of six significant characters — the cornerstones of the Marvel Universe — in just one sitting.

That leaves Thor, Professor Hulk, and Hawkeye left in the Marvel Collection of iconic characters.

The upcoming, original series Hawkeye hits the Disney+ streaming service on November 24, 2021, showcasing Hawkeye’s life after Avengers: Endgame and his shift from Avenger to the mentor of Kate Bishop (Hailee Steinfeld).

On December 17, 2021, Marvel fans can witness the multiverse in Spider-Man: No Way Home (2021), a theoretical concept spawned by Avengers: Endgame and realized in Loki.

As Tom Holland’s Peter Parker/Spider-Man fights off the Sinister Six lead by Alfred Molina’s Doctor Octopus, the superhero will need a helping hand. Many fans suspect that previous Spider-Man actors Tobey Maguire and Andrew Garfield are appearing in the film. On top of that, many hope to see Charlie Cox’s Matt Murdock/Daredevil character defend Peter Parker in court.

Do you think Iron Man or Black Widow should have died in “Avengers: Endgame”? Let us know in the comments below!