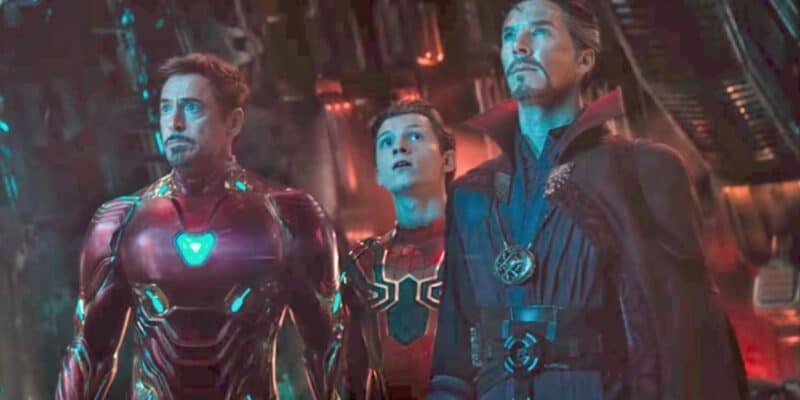 Every Marvel fan is eagerly waiting for the arrival of Spider-Man: No Way Home (2021) and Doctor Strange in the Multiverse of Madness, two movies going hand-in-hand with expanding the Marvel Universe. Marvel head Kevin Feige recently shared the “surreal” connection that Peter Parker/Spider-Man (Tom Holland) and Doctor Stephen Strange (Benedict Cumberbatch) share in these two movies, and how they affect the future of each superhero.

“It’s absolutely surreal to be working on a Doctor Strange movie with Sam Raimi in one part of the office, and then working on a Spider-Man movie with Jon Watts and Alfred Molina as Doc Ock in another room… That has been a mind-blowing part of the last 10 years of my life.”

It’s a small (Marvel) world in that Sam Raimi, director of the hailed Tobey Maguire Spider-Man franchise, is also directing Doctor Strange in the Multiverse of Madness. While Feige sat down with Raimi to work over the schematics of the nightmarish Marvel movie, the Marvel leader walked into the room next door to work with Alfred Molina — the Doctor Octopus actor from Raimi and Tobey Maguire’s Spider-Man 2 (2004):

“Everything we do at Marvel is based on a small group of people sitting around a table going, ‘Wouldn’t it be cool if…?… the Multiverse was always a part of that because it’s such a big part of the story in the comics.”

Marvel has a movie on their hands, and Kevin Feige and crew are doing all they can to keep the project under wraps. Fans are still waiting for an official, full trailer, as well as posters and merchandise.

For the future of Marvel, many are suspecting that Spider-Man actors Tobey Maguire and Andrew Garfield are appearing in the second trailer for No Way Home — ultimately cracking open the Multiverse (spawned by Loki).

Tom Holland will star in Spider-Man: No Way Home alongside Benedict Cumberbatch, with Cumberbatch going on to lead Doctor Strange in the Multiverse of Madness that’s starring Elizabeth Olsen’s Wanda Maximoff as they traverse a new Marvel collection of stories and characters.

After a groundbreaking teaser trailer “leaked” on the internet before its official release, Marvel fans have been on red alert for new content surrounding Spider-Man: No Way Home (2021).

Do you think Alfred Molina will be in future Marvel movies? Let us know in the comments below!