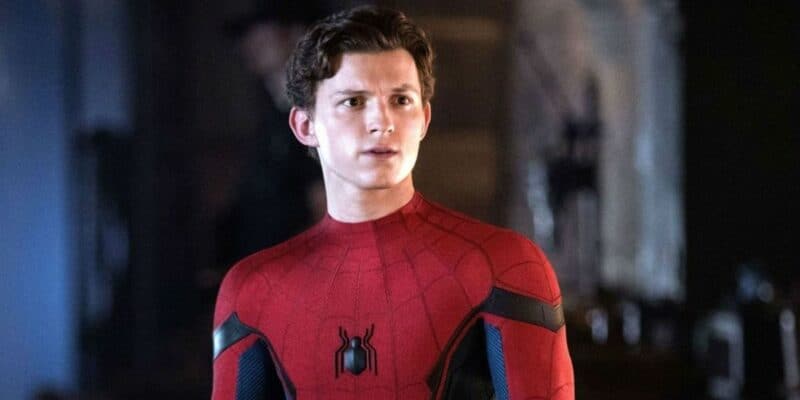 Tom Holland gave a massive update to Spider-Man: No Way Home about Peter Parker sharing a jaw-dropping scene with a mystery character as they talk about what it’s like being a superhero.

The greatest mystery about the movie is, in fact, its cast. At the moment, No Way Home mainstays Tom Holland (Peter Parker), Zendaya (MJ), Marisa Tomei (Aunt May), Jacob Batalon (Ned Leeds), and Benedict Cumberbatch (Doctor Strange) as the main cast. However, with delayed promotional material, fans suggest that game-changing new or even familiar characters join the MCU in the movie.

In a recent interview with Empire Magazine, Tom Holland that for the film his Peter Parker character shares a sit-down scene with Aunt May (Marisa Tomei), Happy Hogan (Jon Favreau), and a mystery character:

“It’s four people sitting at a table, having a conversation about what it’s like to be a superhero, and it was amazing.”

“The other day we watched the scene, my brother and I, and our jaws were on the floor.”

Queue Marvel theories on who the fourth character of the scene could be. Immediately coming to mind is either Tobey Maguire or Andrew Garfield’s Spider-Man characters. But, the scene could even belong to MCU newcomer Daredevil (Charlie Cox), a character that’s widely speculated to join the Marvel Universe in No Way Home.

The scene could feature attorney Matt Murdock sitting down with Peter Parker and their family to explain the responsibilities of being a superhero. The theory makes sense after the teaser trailer shows Parker being in custody and trial for the death of Quentin Beck/Mysterio in Spider-Man: Far From Home (2019).

For a post-credit scene, the seat could be filled with villains, like Sandman (Thomas Haden Church) or Eddie Brock/Venom (2021). Given that Holland’s jaw was on the floor when watching the moment, it’s clear that whoever Peter Parker is sharing the scene with is someone brand new to the MCU.

Marvel’s Spider-Man: No Way Home will be the cream of the crop of Marvel movies in 2021 and undoubtedly impact the Marvel Cinematic Universe for years to come. Marvel fans can watch the new Marvel movie in theaters on December 17, 2021.

After a groundbreaking teaser trailer “leaked” on the internet before its official release, Marvel fans have been on red alert for new content surrounding the movie.

Avengers: Infinity War (2018), Avengers: Endgame (2019), and Spider-Man: Far From Home culminate in the epic ‘Spider-Man’ trilogy. Spider-Man’s great strengths are being put to Alfred Molina’s Doctor Octopus and the villain Green Goblin (Willem Dafoe) team together with the Sinister Six to squish Spidey.