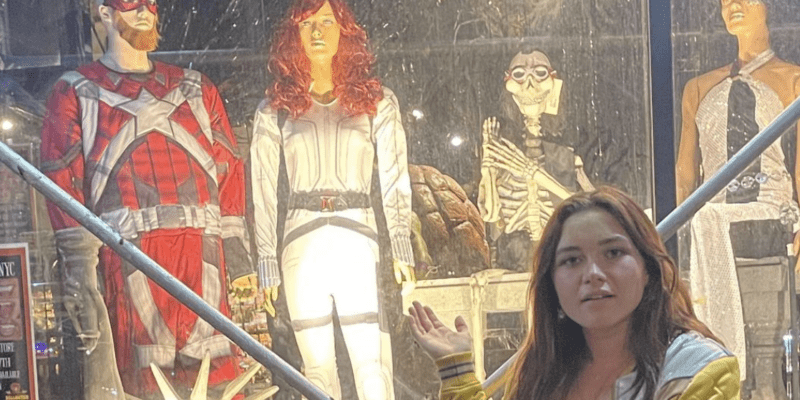 British actress Florence Pugh became a household name among Marvel fans when she debuted as Yelena Belova in Black Widow (2021). Many, in fact, thought Pugh stole the show from leading lady Scarlett Johansson (Natasha Romanoff), who has been involved in the Avengers franchise since Iron Man 2 (2010).

Belova, Romanoff’s “sister”, a fellow Black Widow assassin trained in the Red Room, plays a prominent role in the origin story film, and it seems her time in the MCU is just getting started.

Following Johansson’s $50 million lawsuit against The Walt Disney Company for breach of contract — which has since been settled — Pugh confirmed she would not be following in her costar’s footsteps and would, in fact, be making an almost immediate return to the MCU in Hawkeye this November.

The series will star Jeremy Renner reprising his role as Avenger Hawkeye/Clint Barton. He will be joined by Marvel Cinematic Universe newcomer Hailee Steinfeld as Kate Bishop. Although it hasn’t been officially confirmed, it is presumed that Pugh’s character will become part of the Avengers 5 team, likely alongside Shang-Chi (Simu Liu).

It seems, however, that one retail outlet may not consider Belova to be a crucial member of the Black Widow cast. Pugh hilariously reacted to a store window display featuring Black Widow Halloween costumes, but conspicuously lacking a Yelena Belova outfit.

Pugh comically took to Instagram to point out the blunder:

What the..
Apparently Yelena didn’t make the cut.
GUYS. I LITERALLY TALK ABOUT POCKETS IN NEARLY EVERY SCENE.
Halloween= A LOT OF FREE SWEETIES.
May I remind you that the vest has “A LOT OF HANDY POCKETS”..
Costume+vest+POCKETS= someone who came prepared.
IT IS with great importance we understand how vital Yelena is for Halloween.
Rant over, thanks for listening.

Even though Belova “didn’t make the cut” for this particular costume shop, though, she certainly has among MCU fans, become an instant favorite.

The official description of the movie — which is set between the events of Captain America: Civil War (2016) and Avengers: Infinity War (2018) — reads:

Are you excited to see more of Florence Pugh’s Yelena Belova soon?

You can stream Scarlett Johansson’s Black Widow and the four series in Marvel’s Phase 4 so far — Elizabeth Olsen and Paul Bettany’s WandaVision, Anthony Mackie and Sebastian Stan’s The Falcon and the Winter Soldier, Tom Hiddleston’s Loki, and Marvel’s What If…?— on Disney+ anytime.