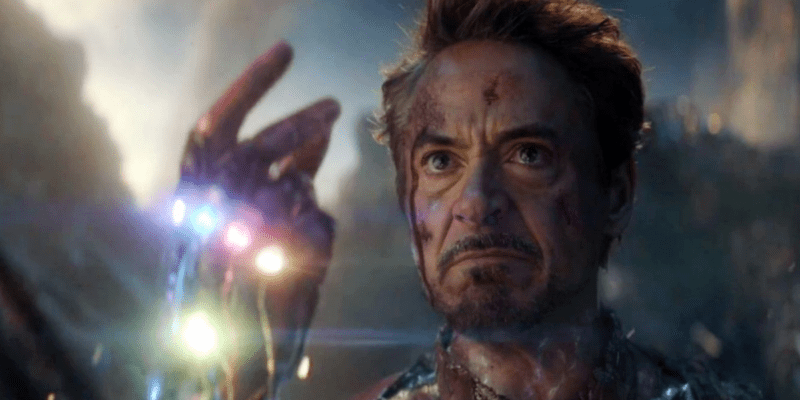 Not everything that happens to a Marvel character isn’t easy for fans, especially for the actors portraying the iconic characters. In one movie, Black Widow (Scarlett Johansson), Captain America (Chris Evans), and Iron Man met their demises in the episodic blockbuster Avengers: Endgame (2019). Robert Downey, Jr. reportedly began “crying” when directors Anthony and Joe Russo told him their plans for Tony Stark’s sacrifice:

“When we started winding down the pitch, and getting to his death, Robert started crying.”

Related: ‘No Way Home’ Director Says This is the “Endgame” For Spider-Man

Downey, Jr. grew with Tony Stark from The Mandalorian director Jon Favreau’s Iron Man (2008) to Endgame, a 13-year journey that saw RDJ rise to one of the most profitable names in Hollywood.

In the new Marvel book “The Story of Marvel Studios: The Making of the Marvel Cinematic Universe”, Joe Russo revealed this touching moment.

It’s hard to think of the Marvel Universe without Earth’s Mightiest Hero/Avenger Iron Man, especially when you consider Downey, Jr.’s charm no longer being present in any new Marvel movie.

“In a way, it’s almost like a death in the family. When you’re saying to someone, ‘All these people you’ve loved and have hung out with for 10 years? That’s all gonna go away because we want to tell a story a certain way.'”

“What we wanted to do is communicate the entire pitch to Robert, to sort of take his temperature on it, because he had so much creative ownership over the character,” Anthony Russo said. “We were like, ‘If Robert gets this, if Robert feels this, then we know we’re in a good place.'”

With Robert Downey Jr.’s approval, the Russo Brothers and Marvel went ahead with their plans to have Iron Man wield all six infinity stones in his suit to turn Thanos (Josh Brolin) from inevitable to dust.

Iron’s Man’s touch is still present in the Marvel Collection of iconic characters as they traverse the multiverse of Phase Four of the Marvel Cinematic Universe; Downey Jr.’s character will never be forgotten.

The upcoming, original series Hawkeye hits the Disney+ streaming service on November 24, 2021, showcasing Hawkeye’s life after Avengers: Endgame and his shift from Avenger to the mentor of Kate Bishop (Hailee Steinfeld).

On December 17, 2021, Marvel fans can witness the Multiverse in Spider-Man: No Way Home (2021), a theoretical concept spawned by Avengers: Endgame and realized in Loki.

As Tom Holland’s Peter Parker/Spider-Man fights off the Sinister Six lead by Alfred Molina’s Doctor Octopus, the superhero will need a helping hand. Many fans suspect that previous Spider-Man actors Tobey Maguire and Andrew Garfield are appearing in the film. On top of that, many hope to see Charlie Cox’s Matt Murdock/Daredevil character defend Peter Parker in court.

Related: Tom Holland’s Spider-Man Replacement May Return to the MCU Next Year

Should Iron Man have died in Endgame? Let us know in the comments below!