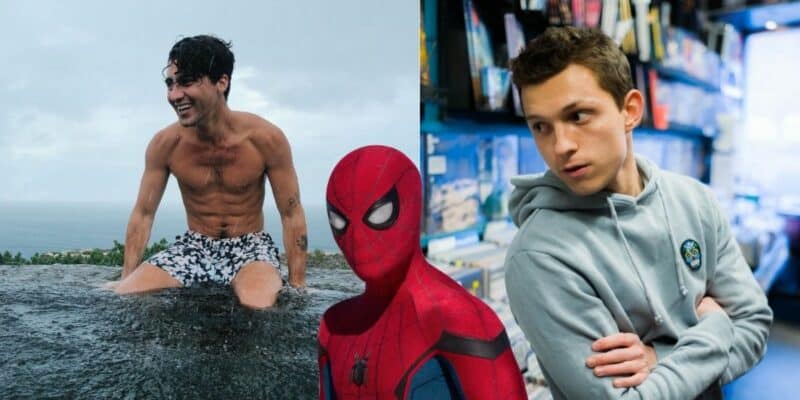 This week saw the conclusion to the new animated series, What If…?. The fourth television show to debut as part of Kevin Feige’s Marvel Cinematic Universe Phase 4 brought together a huge cast of returning and new performers to voice the roles they made famous in the live-action MCU.

Notably, though, there were a few actors missing from the Marvel studio lineup, and one of the new replacements may be back sooner than fans first thought.

The new alternate universe TV show began two months ago and asked “what if” events in the MCU had happened differently. Acting as almost a “spinoff” to Kate Herron’s Loki — which concluded earlier this year with a cataclysmic Multiversal event, What If…? explores the various alternate realities of the Multiverse.

Stories have included Hayley Atwell’s Peggy Carter becoming the new Captain America, Captain Carter, Doctor Strange (Benedict Cumberbatch) being split in two, creating the evil Doctor Strange Supreme, and the MCU farewell to the late Chadwick Boseman, who debuted in What If…? as the new Star-Lord — as well as starring as Black Panther in some capacity too. Even Thanos (Josh Brolin) and Loki (Tom Hiddleston) came back to the Marvel Universe.

From new takes on Marvel Zombies to Party Thor (Chris Hemsworth) versus Captain Marvel (Alexandra Daniels), the Marvel Comics adaptation has been relatively well-received, showing just how much scope the MCU has now it can confidently explore the unchartered Multiverse. The show’s narrator, The Watcher (Jeffrey Wright), told the stories leading up to the climactic finale featuring the Guardians of the Multiverse — one Guardian being fan-favorite character, Gamora, although played here by Cynthia McWilliams.

The recasting of some characters has been somewhat confusing. While it is understandable that actors like Robert Downey Jr., Chris Evans, and Scarlett Johansson aren’t the voice actors of Tony Stark/Iron Man, Steve Rogers/Captain America, and Natasha Romanoff/Black Widow — those roles are played by Mick Wingert, Josh Keaton, and Lake Bell, respectively — characters like Spider-Man, Drax the Destroyer, and Gamora have also been replaced by new talent.

This is surprising in the way Tom Holland, Dave Bautista, and Zoe Saldana all have upcoming contractual agreements with Marvel Studios. Spider-Man: No Way Home (2021) is out in December, while Guardians of the Galaxy Vol. 3 (2023) is further down the Marvel movie slate. Bautista’s role was brought to What If…? by prolific voice actor Fred Tatasciore, with the Gamora and Spider-Man Marvel characters being played by Cynthia McWilliams and Hudson Thames, respectively.

Thames has recently spoken out about the secrecy of the Marvel project and how he brought something different to the role Holland made extremely popular — arguably more so than Tobey Maguire’s and Andrew Garfield’s iterations exclusively for Sony. With What If…? Season 2 already confirmed and a 2022 release date looking likely, director Bryan Andrews, has spoken out about bringing more Spider-Man to the MCU.

In an interview with ComicBook, Andrews said:

“Well, we can’t talk too much about what may or may not be happening in Season 2,” Andrews explained. “But we do love Spider-Man, so who knows what may happen in the future. But yeah, we dig all that stuff, so it’s just a question of if we’re able to do enough shows or enough seasons, who knows what we’ll get.”

The director keeps the Marvel secrets close to his chest:

“We’ll definitely be able to — hopefully, at that point — either revisit characters or revisit characters in a way that we’ve are familiar with and then spin them even something else differently. You know what I mean? But when it comes to Season 2, we can’t say anything about that stuff.”

Thames debuted as Peter Parker/Spider-Man in the fifth episode of the first season (“What if…Zombies?!”) alongside characters like Hope van Dyne/Wasp (Evangeline Lilly), Scott Lang/Ant-Man (Paul Rudd), and Okoye (Danai Gurira). The actor’s role also featured the first mention of Uncle Ben in the MCU — a huge moment for Marvel fans.

As for Holland not featuring in the animated series, executive producer, Brad Winderbaum, alluded to the Spider-Man actor’s contract with Sony as a possible reason behind his lack of appearance. Meanwhile, Andrews commented on scheduling issues being behind actors like Brie Larson being replaced for What If…?. However, Bautista claims he was never even asked…

With no release date confirmed, fans will have to sit tight as they await the next round of animated Multiverse adventures from the superhero studio. And then there’s the bigger question of whether Hudson Thames could take on the Avenger, Spider-Man, in future films.

Have you been watching What If…? Let us know in the comments down below!