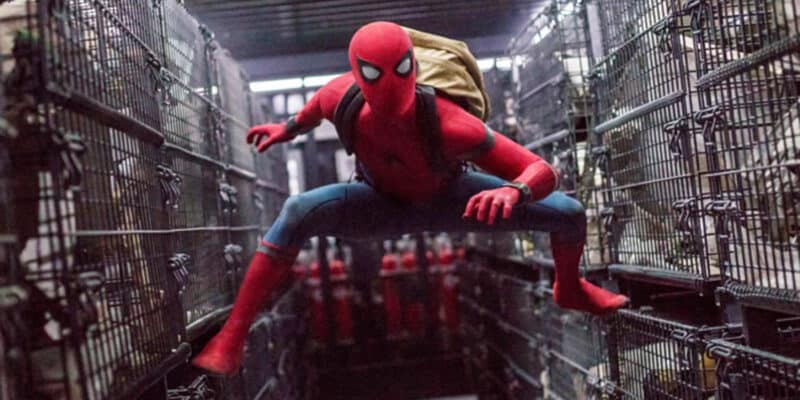 Marvel Studios pulled the plug on Sony’s Venom (2018), getting a huge cameo in its first movie.

With Marvel creating an expansive universe full of a ton of super heroes, Sony wanted to share in the fun and create some of their own super hero movies. With Spider-Man belonging to Sony regarding movie rights, Marvel Studios had to work closely with the company to bring Tom Holland’s Peter Parker/Spider-Man into the Marvel Cinematic Universe.

Now that Holland has a whole Spider-Man trilogy and starred in a few other MCU movies, fans have spent a long time with the actor as Spider-Man. Compared to Tobey Maguire or Andrew Garfield, Holland has appeared in more projects than the two combined and has actively starred as Spider-Man for longer.

Spider-Man: No Way Home (2021) was the closest Sony and Marvel got to introducing Tom Hardy’s Eddie Brock/Venom to Holland’s Spidey, but that wasn’t the first time Sony wanted the two characters to meet. According to Heavy Spoilers, Sony wanted Holland to appear in Venom, but Marvel Studios refused to allow the character to appear in the movie.

While Sony might have the rights, the two companies signed a contract allowing Spider-Man to join the MCU, which presents some issues for Sony in the long run. For instance, Marvel doesn’t want their universe riddled with inconsistencies, and silly retcons like Sony would do to allow the web-slinger to join for some crossovers in their projects.

It would also make fans believe that movies like Jared Leto’s Morbius (2022) are in the MCU, which isn’t correct, but since there’s a Multiverse, that doesn’t mean that certain characters can’t meet at one point. For instance, Tom Hardy’s Venom 3 is rumored to have Holland in the movie as the two finally fight, but nothing is certain.

Spider-Man’s future is unknown as Sony does have options to bring Maguire or Garfield back into a Sony movie, but the company hasn’t shattered the internet with any announcements. Right now, Sony seems more interested in exploring obscure Spider-Man villains instead of making another movie about Spider-Man, which is what fans want to see.

Sony could easily make The Amazing Spider-Man 3 with Garfield and commit to making their universe, but it seems that working on obscure characters is what they believe will do better. Morbius proved that this endeavor for Sony might not be financially worth it.

In the end, Tom Hardy’s Venom has never been in the same scene as Holland’s Spidey, and this must be frustrating for Sony as those two actors are the most successful actors working for Sony. Putting the two of them in the same movie would definitely bring a crowd, and Sony might pull this off in Venom 3, but it could’ve happened years ago if the report is telling the truth.

Do you want Tom Holland’s Spider-Man to fight Venom? Let us know what you think!